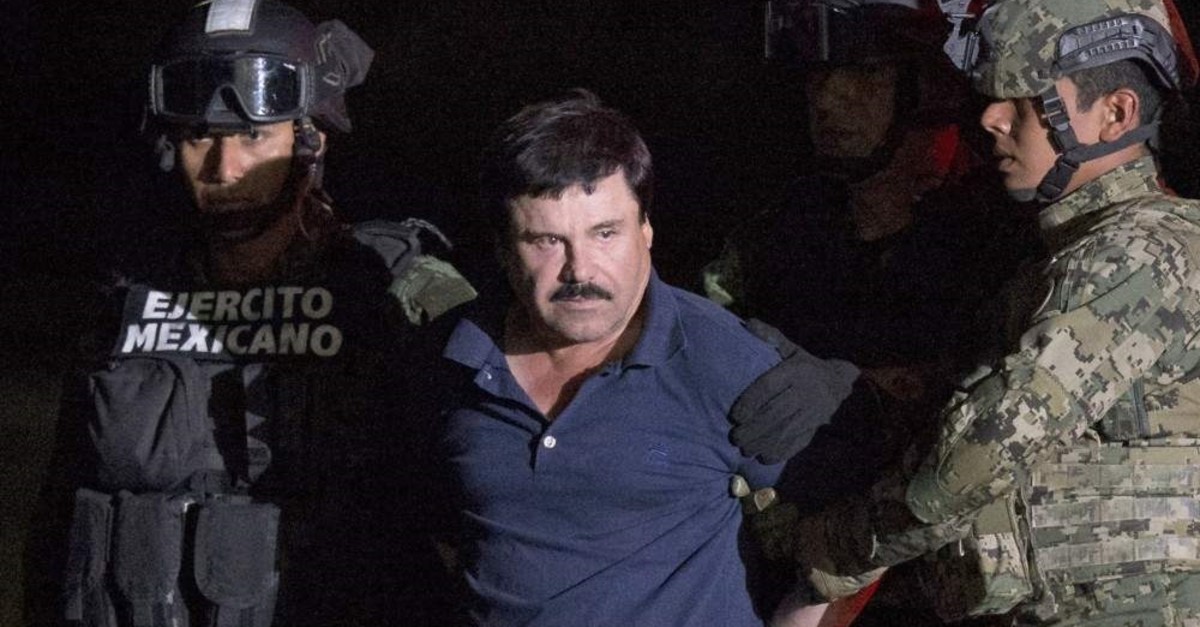 In this Jan. 8, 2016 file photo, army soldiers escort Mexican drug lord Joaquin ,El Chapo, Guzman to a waiting helicopter at a federal hangar in Mexico City after his escape from a maximum-security prison in Mexico. (AP Photo)
by Compiled from Wire Services Jan 07, 2020 5:53 pm

The Mexican government Monday reported that 50% of citizens classified as missing – more than 61,000 people – are victims of the country's grinding war with powerful drug gangs that have grown more violent.

The new figure from the one-year-old administration of leftist President Andres Manuel Lopez Obrador dramatically differs from the previous report of 40,000 missing citizens cited by the government in June 2019.

"The official data of missing persons is 61,637," Karla Quintana, head of the National Registry of Missing or Missing Persons (RNPED), told a news conference. She added that 25.7% of them were women.

More than 97.4% of the total missing persons have disappeared since 2006, when then-President Felipe Calderon sent the army to the streets to fight drug traffickers, fragmenting the cartels, which made combating them more difficult.

In addition to these numbers, the country's National Search Commission announced that they had uncovered 1,124 corpses in 873 clandestine burial pits in its first 13 months of work.

Only about one-third of the bodies found were identified and less than a quarter of the total have been returned to relatives.

The number of bodies found appeared dim compared to the total number of disappearances that have occurred in Mexico over the years.

The government has set up a DNA database to help identify bodies, but the majority of those found still go unidentified.

Drug and kidnapping gangs often use unmarked pits to dispose of the bodies of their victims or rivals.