US suffered no casualties in Iran's attacks, Trump says 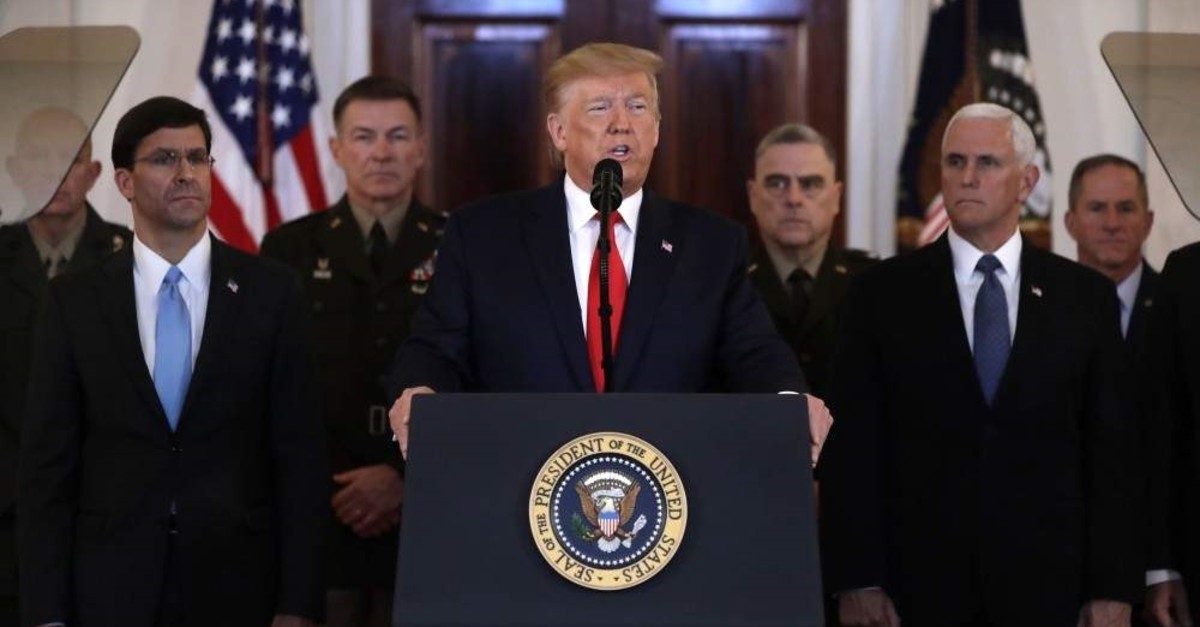 U.S. President Donald Trump said Wednesday that there were no American casualties in the Iranian strikes on military bases housing U.S. troops in Iraq.

"No Americans were harmed in last night's attack by the Iranian regime. We suffered no casualties," Trump said in a White House address.

"Our great American forces are prepared for anything. Iran appears to be standing down."

Trump credited an early warning system "that worked very well" for the fact that no Americans or Iraqis were killed.

The launch was Tehran's most brazen direct assault on America since the 1979 seizing of the U.S. Embassy in Tehran and came days after Trump authorized the targeted killing of Gen. Qassem Soleimani, the head of Iran's elite Quds Force. Iran had pledged to retaliate, bringing the two countries closer to the brink of war.

Trump also announced he would ask NATO to become "much more involved in the Middle East process."

"The fact that we have this great military and equipment, however, does not mean we have to use it. We do not want to use it. American strength, both military and economic, is the best deterrent," he said, trying to defuse the tension with Tehran.

As a retaliation to the Iranian strikes, the U.S. will "immediately impose additional punishing sanctions" on Iran, Trump said, adding that those new "powerful sanctions" will remain until Iran abandons its nuclear ambitions and ends its support for terrorism.

Reiterating his criticism of the 2015 nuclear deal between Iran and world powers, the U.S. president said "missiles fired at us last night were paid for by the previous administration (of Barack Obama).

Tuesday night Iranian missiles targeted two bases that host U.S. personnel — one in the northern Iraqi city in Irbil and the other at Ain al-Asad in western Iraq. Experts see the attacks as a measured first response by Iran to the killing of Soleimani.