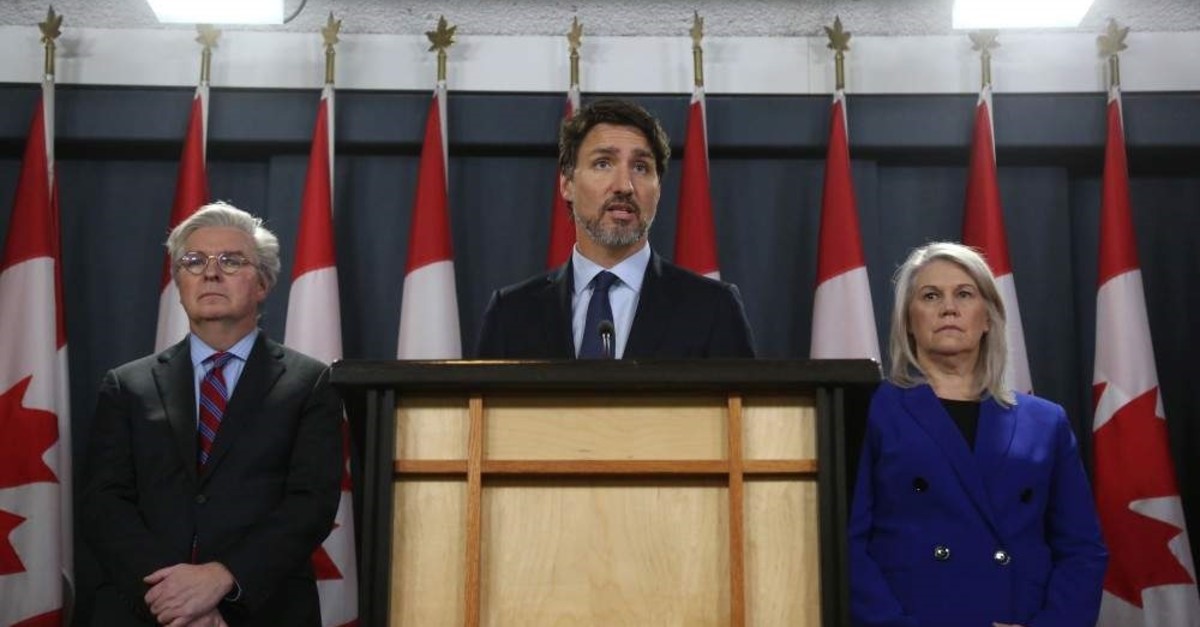 Canadian Prime Minister Justin Trudeau speaks at a news conference on Jan. 17, 2020, in Ottawa, Canada. (AFP Photo)
by Daily Sabah Jan 17, 2020 8:51 pm
Canadian Prime Minister Justin Trudeau on Friday urged Iran to send the flight and cockpit data recorders from a crashed jet to France for analysis and said the first remains of victims should soon arrive back in Canada.

Trudeau told a news conference in Ottawa that France was one of the few countries with the ability to read the plane's so-called black boxes, which he said were badly damaged.

Iran says it shot down the Ukrainian airliner last week by accident. A total of 176 people died in the disaster, of which 57 were Canadian.

"Iran does not have the level of technical expertise and mostly the equipment necessary to be able to analyze these damaged black boxes quickly," Trudeau said.

"There is a beginning of a consensus that ... (France) would be the right place to send those black boxes to get the proper information from them in a rapid way and that is what we are encouraging the Iranian authorities to agree to."

Trudeau said about 20 families of Canadian victims had requested the return of the bodies and told reporters he expected the first remains to be repatriated "in the coming days." He did not give more details.

The Canadian Prime Minister also said his government will give CAD $25,000 ($19,122) to families of each of the 57 citizens and 29 permanent residents of Canada who perished in the downing of a Ukrainian jetliner in Iran last week.

Trudeau said he still expects Iran to compensate the families but said they need help now for funerals, travel to Iran and bills. He said any money Iran provides at a later date will go straight to the families and will not be reimbursed to the Canadian government.