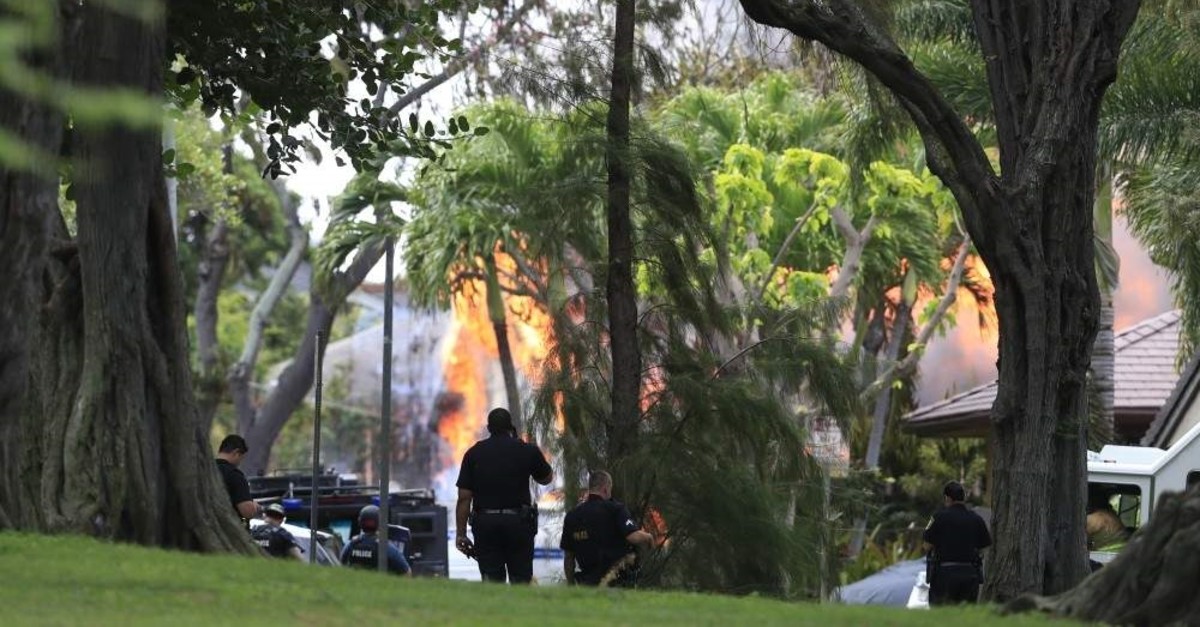 Honolulu police watch a house fire after a shooting and domestic incident at the residence on Hibiscus Road near Diamond Head, Honolulu, Jan. 19, 2020. (AP Photo)
by reuters Jan 20, 2020 4:14 pm

Two Hawaii police officers were fatally shot Sunday by a man who authorities believe later died in his home after he set it on fire in a quiet neighborhood not far from Oahu's busy Waikiki Beach, officials and local media said.

"Our entire state mourns the loss of two Honolulu police officers killed in the line of duty this morning," Hawaii Gov. David Ige said in a statement. Honolulu Mayor Kirk Caldwell called the shootings "an unprecedented tragedy" for the state. A third officer was injured in the incident in which the spreading fire destroyed several houses in an affluent area near the base of Diamond Head, a volcanic mountain at the southern tip of the island, KITV News reported.

Michelle Yu, a Honolulu police spokeswoman, declined to comment on the incident but said by telephone that a press briefing was being planned.

The incident started Sunday morning when officers arrived at the home of a 69-year-old man identified as Jerry Hanel after he stabbed his female landlord, who was trying to evict him, Hawaii News Now said, citing unidentified police sources. The officers were met with gunfire and the suspect then set fire to the home, which spread to other houses, Hawaii News Now reported. Police believe Hanel died when the house went up in flames, the report said. Pictures posted by local media showed smoke coming from several houses in the neighborhood.