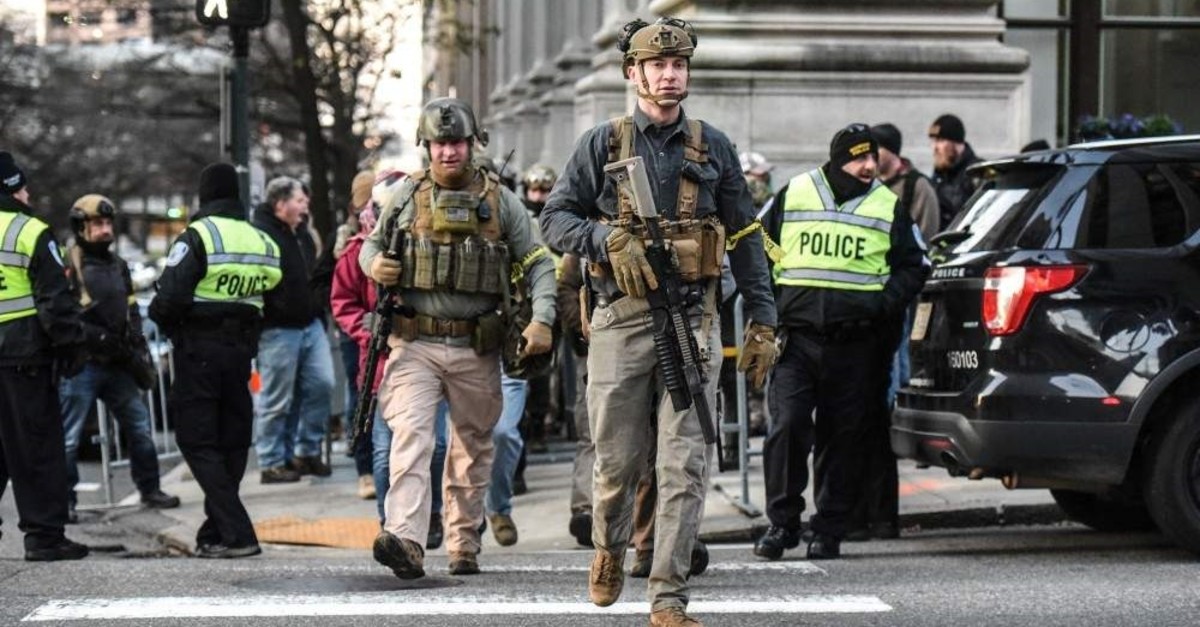 Pro-gun rally in the U.S. state of Virginia Monday drew dozens of far-right militia groups under heavy security, prompting concerns over potential violence. Dressed in hunting jackets and caps, rally-goers were checked for weapons as they passed through tight security before entering a fenced-off area of Richmond's Capitol Square for the so-called "Lobby Day" event. Many more gathered in the streets surrounding the Capitol building, some bearing sidearms or long guns, which were permitted outside the designated rally area. They carried U.S. and Virginia state flags and a huge banner emblazoned with the image of an assault rifle and the slogan, "Come and Take It."

The size of the crowd and the expected participation of white supremacists and fringe militia groups raised fears that the state could see a repeat of the violence that exploded in 2017 in Charlottesville. But the rally concluded uneventfully around noon. In contrast to Charlottesville, there was little sign of counter-protesters challenging the gun-rights activists.

The mix of people in Virginia also came together for a Unite the Right rally in Charlottesville, Virginia, which ended when a participant rammed his car into a crowd of counter-protesters, killing one person and injuring 19. The August 2017 rally drew a mix of violent far-right extremists. Brawls broke out with anti-racism protesters, and authorities eventually forced the crowds to disperse. The car attack came later as peaceful counter-protesters were marching through the downtown area.

Southern Poverty Law Center staff members attended the rally and identified members of extremist militia groups, including the Oath Keepers and the Three Percenters, as well as the League of the South. The League of the South, which the center designates as a hate group, advocates for Southern secession. The Southern Poverty Law Center has classified the Proud Boys as a hate group. Others included members of the American Guard and the Daily Stormers. The American Guard is a white nationalist group, according to the Southern Poverty Law Center, while the Three Percenters and the Oath Keepers are extremist anti-government militias. The Daily Stormers are neo-Nazis, according to the center.

At the end of last week, the FBI arrested seven alleged members of the white extremist group. "The Base," suspected of trying to create trouble at the rally. Democratic Gov. Ralph Northam last Wednesday declared a state of emergency for the rally site, which has been in effect since Friday and will continue through Tuesday evening. The governor said they have seen "credible and serious threats" of "violence, armed confrontation and assault on our Capitol (from) groups with action plans." The groups include out-of-state militias and hate groups, he said.