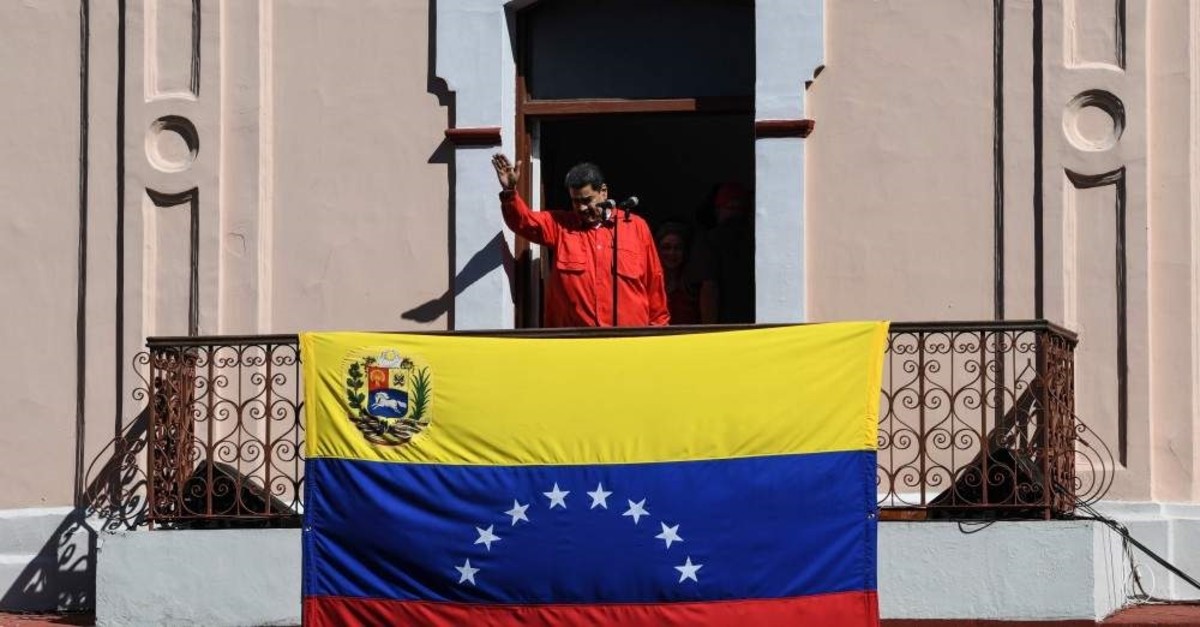 Venezuelan President Nicolas Maduro waves from a balcony at the Miraflores Palace to a crowd of supporters during the International Anti-imperialist March, Caracas, Jan. 23, 2020. (AFP Photo)
by Compiled from Wire Services Jan 24, 2020 7:30 pm

Venezuelan President Nicolas Maduro suggested Friday that U.N. Secretary-General Antonio Guterres name a commission of observers for parliamentary elections that will be held later this year.

Maduro has invited international observers from the U.N., the EU and several Latin American countries such as Mexico, Argentina, Panama for the upcoming parliamentary elections. He said Venezuela wants the international communities to witness how Venezuelans rebuild their National Assembly.

Since the beginning of 2019, Venezuela has been embroiled in political unrest as Maduro and the U.S.-backed opposition leader Juan Guaido engage in a power battle, while the country's economy has been in precipitous decline following a global downturn in the price of crude oil.

Venezuela has also been under severe U.S. sanctions for more than a year as Washington recognizes Guaido as the legitimate ruler instead of President Maduro. In 2019, the U.S. attempted to remove democratically elected President Maduro from power, three times in a year, but was unsuccessful. After an uprising in Venezuela quickly fizzled out, Maduro blamed the U.S. government of orchestrating a coup attempt against his country. Maduro thwarted the latest coup attempt against his government, after Guido's call on the military appeared not to have triggered a wider revolt. The military has so far supported Maduro and refused to back Guaido. Maduro has called Guaido a U.S-backed "puppet" that seeks to oust him in a coup.