First case of person-to-person coronavirus transmission in US 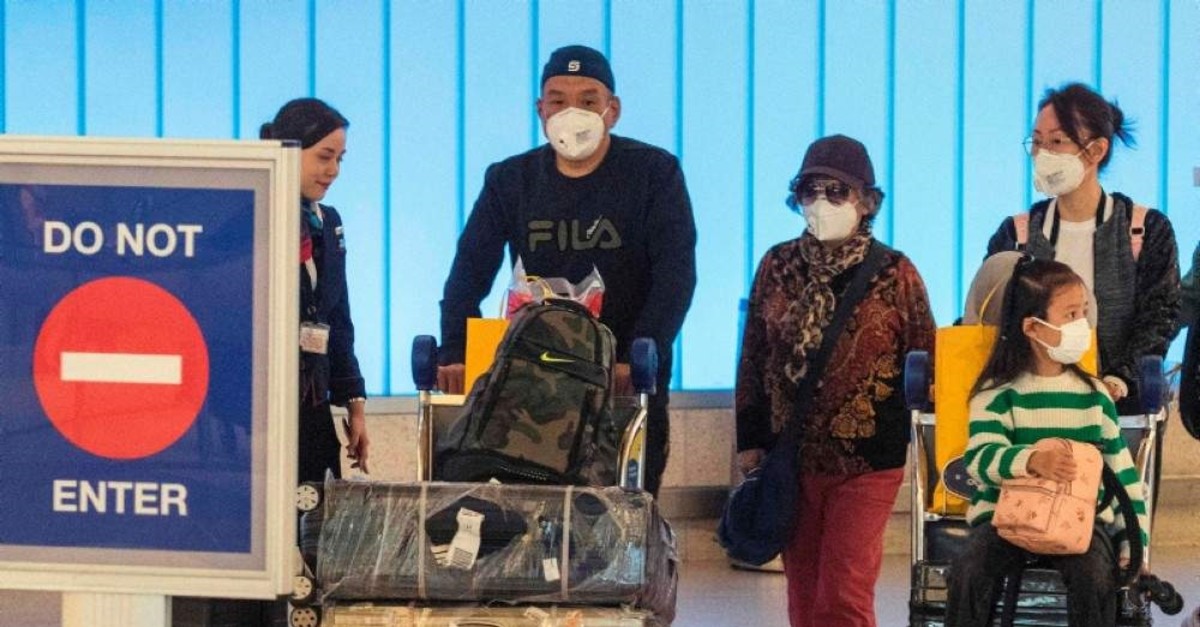 Passengers wear face masks to protect against the spread of the Coronavirus as they arrive on a flight from Asia at Los Angeles International Airport, California, Jan. 29, 2020. (AFP Photo)
by Compiled from Wire Services Jan 30, 2020 9:51 pm

The first U.S. incident of person-to-person spread of the new coronavirus that emerged in Wuhan, China, has been identified in Illinois, the U.S. Centers for Disease Control and Prevention said on Thursday.

Six people have now been diagnosed with the new coronavirus in the US. The first five had all been to China.

The coronavirus was confirmed in the husband of a woman who had previously traveled to China and was confirmed as having the infection. Both patients are in their 60s, officials said on a conference call.

The new viral illness is being monitored with a wary eye around the globe as it continues to spread with cases having been confirmed in more than 18 countries, mostly in Asia, despite China's massive quarantines and travel lockdowns.

Wuhan is the epicenter of the new virus that has sickened thousands and killed more than 100 people. China has cut off access to Wuhan and 16 other cities in Hubei province to prevent people from leaving and spreading the virus further. In addition to the United States, countries including Japan and South Korea have also planned evacuations. Symptoms of the virus include fever, cough, and in more severe cases shortness of breath or pneumonia.