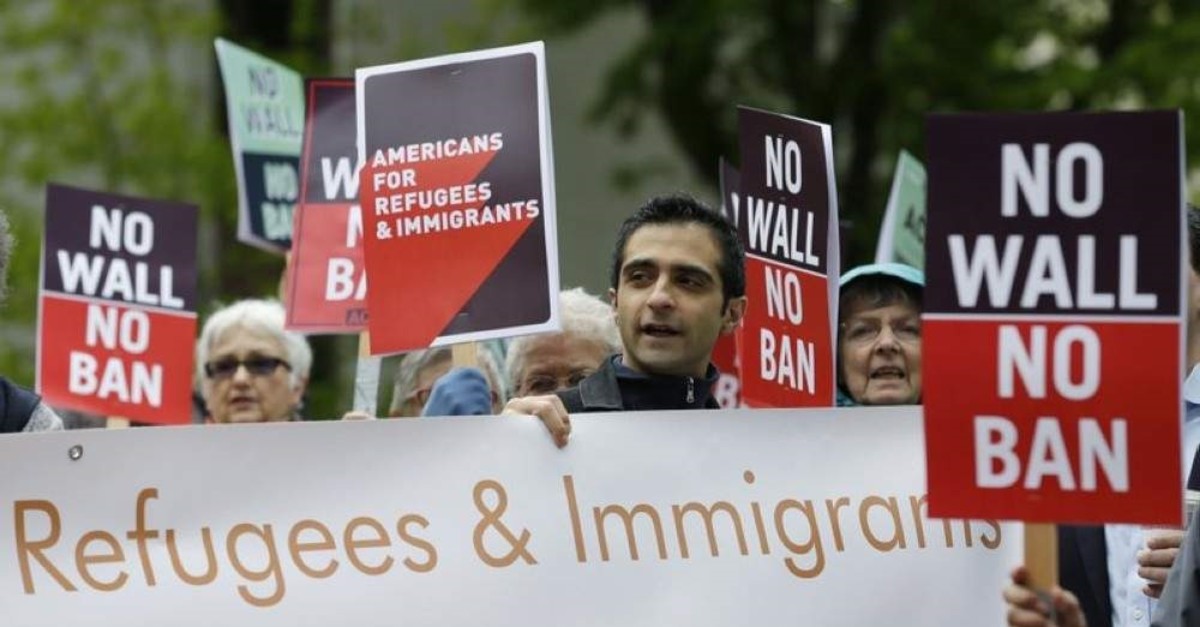 The Trump administration announced Friday that it was curbing legal immigration from six additional countries that officials said did not meet security standards, as part of an election-year push to further restrict immigration.

Officials said immigrants from Kyrgyzstan, Myanmar, Eritrea, Nigeria, Sudan and Tanzania will face new restrictions in obtaining certain visas to come to the United States. But it is not a total travel ban, unlike President Donald Trump's earlier effort that generated outrage around the world for unfairly targeting citizens of Muslim-majority countries.

Trump was expected to sign a proclamation on the restrictions as early as Friday.

The announcement comes as Trump tries to promote his administration's crackdown on immigration, highlighting a signature issue that motivated his supporters in 2016 and hoping it has the same affect this November. The administration recently announced a crackdown on birth tourism and is noting the sharp decline in crossings at the U.S.-Mexico border and citing progress on building the border wall.

Immigrant visas were restricted for Kyrgyzstan, Myanmar, Eritrea and Nigeria. This type of visa is given to people seeking to live in the U.S. permanently. They include visas for people sponsored by family members or employers as well as the diversity visa program that made up to 55,000 visas available in the most recent lottery. In December, for example, 40,666 immigrant visas were granted worldwide.

Sudan and Tanzania have had diversity visas suspended. The State Department uses a computer to draw a random selection of people from around the world to hand out 55,000 diversity visas to. Nigeria is already excluded from the lottery along with other countries that had more than 50,000 natives immigrate to the U.S. in the previous five years.

"These countries for the most part want to be helpful, they want to do the right thing, they have relationships with the U.S., but for a variety of different reasons failed to meet those minimum requirements," Wolf said.

Rumors swirled for weeks about a potential new ban, and initially Belarus was considered. But Secretary of State Mike Pompeo was headed to the Eastern European nation as the restrictions were released and Belarus was not on the list. Wolf said some nations were able to comply with the new standards in time.

The current restrictions follow Trump's travel ban, which the Supreme Court upheld as lawful in 2018. They are significantly softer than Trump's initial ban, which had suspended travel from Iraq, Iran, Libya, Somalia, Sudan and Yemen for 90 days, blocked refugee admissions for 120 days, and suspended travel from Syria. The government suspended most immigrant and nonimmigrant visas to applicants from those countries. Exceptions are available for students and those with "significant contacts" in the U.S.

Trump has said a travel ban is necessary to protect Americans. But opponents have argued that he seeks to target Muslim countries, pointing to comments he made as a candidate in 2015 calling for a "total and complete shutdown of Muslims entering the United States until our country's representatives can figure out what is going on."

The seven countries with considerably more restrictions include nations with little or no diplomatic relationship to the U.S. They include five majority-Muslim nations: Iran, Libya, Somalia, Syria, and Yemen.

Sudan and Kyrgyzstan are majority-Muslim countries. Nigeria is about evenly split between Christians and Muslims but has the world's fifth-largest population of Muslims, according to the Pew Research Center.

Wolf said immigrant visas were chosen because people with those visa were the most difficult to remove after arriving in the United States.

The initial ban was immediately blocked by the courts and led to a monthslong process to develop clear standards and federal review processes to try to withstand legal muster.

The announcement of new countries banned was expected around the third anniversary of the Jan. 27, 2017, enactment of the first order.

Wolf said officials spent about six months working on revised criteria. They examined countries for compliance with minimum standards for identification and information-sharing, and assessed whether countries properly tracked terrorism or public safety risks. Officials looked at whether countries used modern passports, shared information that the U.S. could validate on travelers and identified possible criminal suspects in a way that the U.S. could see before entry. They evaluated responses and ranked nations on where they fell.

Government agencies then discussed whether countries had different, but important, contacts with the U.S. and then decided on restrictions.

"Really the only way to mitigate the risk is to impose these travel restrictions," Wolf said.