US soldiers hurt in Iran missile strike up to 64, Pentagon reveals 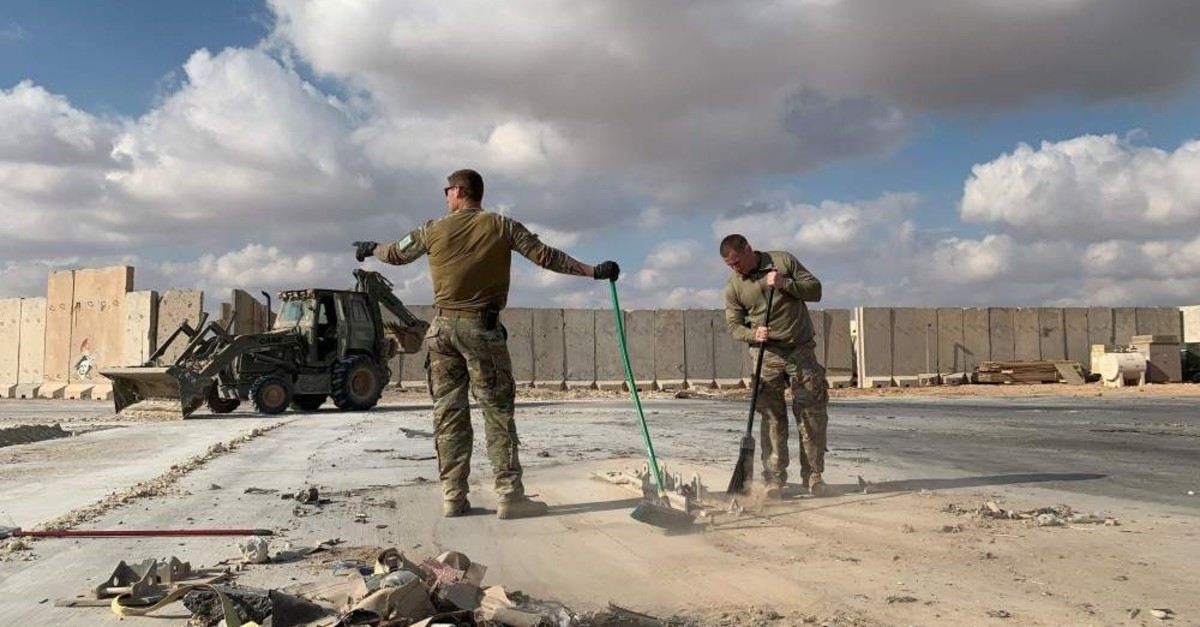 The number of U.S. troops injured by an Iranian missile strike in Iraq this month has risen to 64, according to new figures released by the Pentagon.

U.S. President Donald Trump had initially said no Americans were hurt by the missiles fired on a base housing U.S. soldiers in the country's west on Jan. 8. Democrats later accused Trump of trying to downplay the injuries.

When it announced earlier this week that the number of traumatic brain injury (TBI) cases in Iraq had grown to 50, the Pentagon said more could come to light later. No one was killed in the missile attack, which was an Iranian effort to avenge the killing of Qassem Soleimani, its most powerful general and leader of its paramilitary Quds Force, in an American drone strike in Baghdad.

Details of the U.S. injuries have not been made public, although the Pentagon said Tuesday that 31 of the 50 who were diagnosed with traumatic brain injury have recovered enough to return to duty. The severity of the other cases has not been disclosed. At the time of the strikes, most of the 1,500 American soldiers at the Ain al-Asad base were in bunkers, after they were given advance warning from superiors.

The Pentagon did not announce the first confirmed cases until more than a week after the Iranian attack; at that point, it said there were 11 cases.

The question of American casualties took on added importance at the time of the Iranian strike because the degree of damage was seen as influencing a U.S. decision on whether to counterattack and risk a broader war with Iran. Trump chose not to retaliate, and the Iranians then indicated their strike was sufficient for the time being.