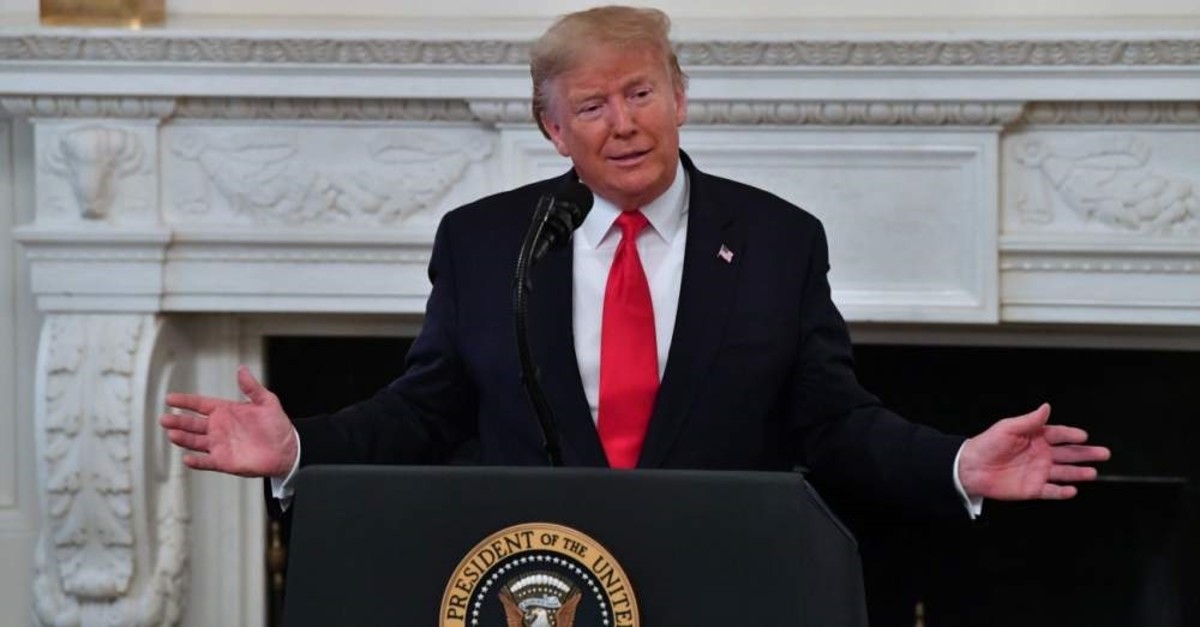 President Donald Trump said Monday the time has come to pursue trade negotiations with the European Union which he said imposes "incredible" barriers to U.S. goods.

"Europe has been treating us very badly," Trump said at a White House event with U.S. state governors.

After a reaching a series of trade deals with Canada, Mexico and Japan, and a phase-one agreement with China, Trump said, "The next thing could be Europe, where we talk to them very seriously."

Relations between the two major economies have lingered for months in a tense truce.

Trump has imposed punishing tariffs on EU goods like French wine in a dispute over Airbus, and other goods in a confrontation over tax on digital giants like Google and Amazon.

But so far he has held off on threatened punitive duties on European cars aimed at forcing a change in trade policy. Trump reached a ceasefire with the EU in mid-2018, when the sides agreed to pursue negotiations -- talks that so far have not resulted in anything concrete.

Trump said he focused first on the dispute with China and renegotiating the continental free trade pact with Canada and Mexico because he "didn't want to do the whole world at one time."

But Monday he renewed his complaints about EU trade policy, even claiming improbably that the economic bloc "was really formed so they could treat us badly."

"They have barriers that are incredible," Trump said, adding, "They're ready for a deal."