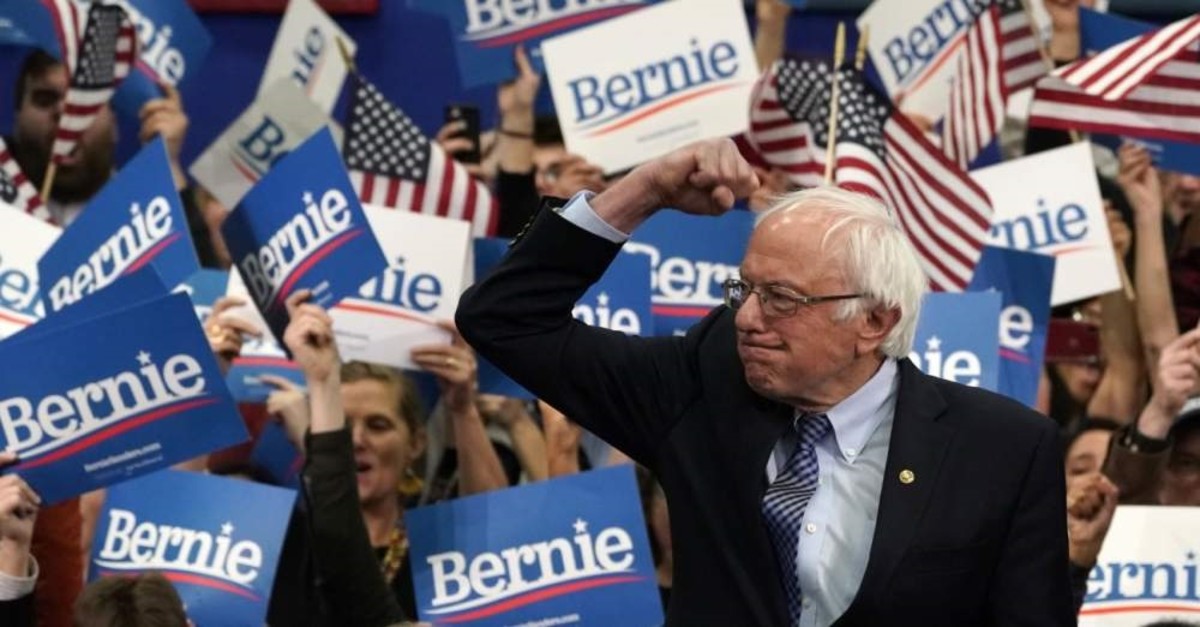 Sanders, the flag-bearer for the party's progressive wing, had 26% of votes with most of the count complete in the northeastern state, where he routed Hillary Clinton in 2016.

"Let me take this opportunity to thank the people of New Hampshire for a great victory tonight," Sanders told cheering supporters after NBC and ABC called the result in his favor. "This victory here is the beginning of the end for Donald Trump," the senator from neighboring Vermont added as raised the roof with his rallying cry for fairer taxes and health care reform.

Indiana ex-mayor Pete Buttigieg finished in second place at 24% as he readied for the more difficult battlegrounds ahead. "Now our campaign moves on to Nevada, to South Carolina, to communities across our country. And we will welcome new allies to our movement at every step," he said.

The race now heads to Nevada and South Carolina, states with more Latino and African-American voters, unlike the mostly white New Hampshire. The election in the north-east, the first proper primary of the cycle, followed a debacle in Iowa in the Midwest, where caucus results were bungled and are being contested. Buttigieg and Sanders lead in Iowa, and they have become the ones to beat.

After months atop the pack, Biden had already conceded he expected to do badly in New Hampshire, as he did a week earlier in Iowa, and the former vice president's worst fears were beginning to materialize as he languished in fifth with just over 8%. The performance will be a body blow to the 77-year-old Biden, who has failed to generate the fundraising numbers or the enthusiasm levels of his rivals for the top spot on the Democratic ticket.

Biden could possibly have been damaged by constant attacks by the Republicans, including over his son's involvement in a Ukrainian energy company while he was vice president, an issue that featured repeatedly in the recent impeachment trial of President Donald Trump.

Buoyed by his strong start, Sanders has emerged as the national Democratic frontrunner with 25% support, according to a new Quinnipiac University poll that described his surge as a "dramatic shift." Biden has skidded from 26% to 17% support since the end of January.

Significantly, the survey also showed billionaire Michael Bloomberg vaulting into third place on 15%, suggesting a possible upset when New York's former mayor, who is skipping the first four nominating contests, throws himself fully into the race. Competing for the support defecting from Biden, Bloomberg is focusing on Super Tuesday on March 3, when 14 states vote, spending a record $260 million of his personal fortune on his campaign.