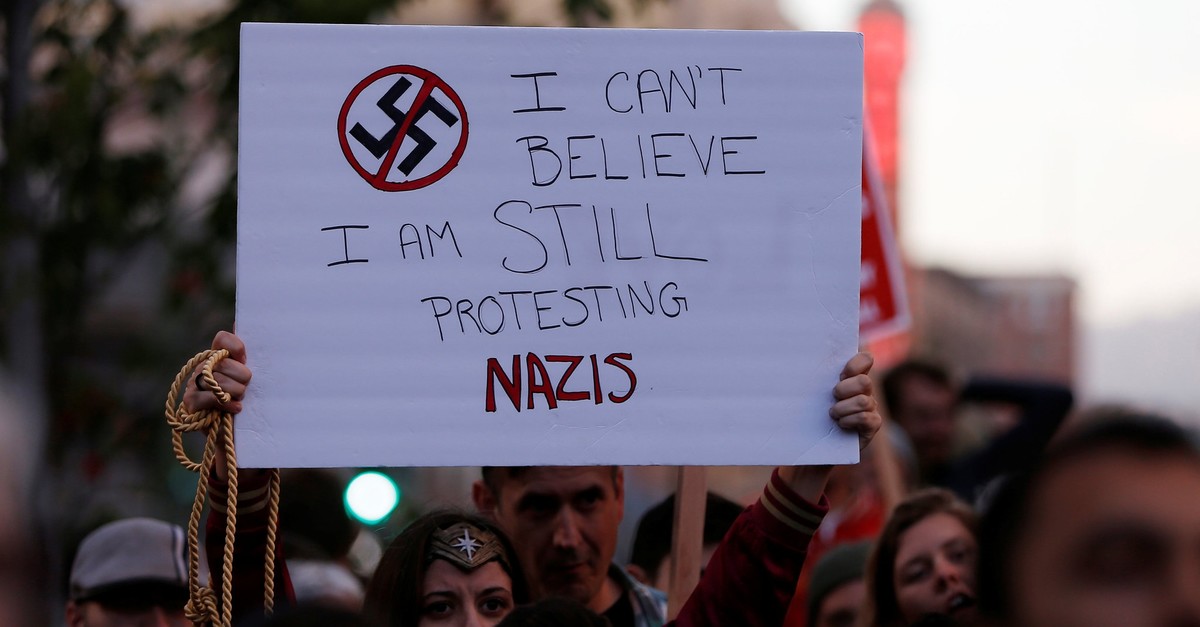 Reports of white supremacist propaganda jumped by more than 120% between 2018 and last year across the U.S., according to the Anti-Defamation League, revealing an increasing far-right threat

The threat of white supremacism has become a major area of concern for the U.S., as the Anti-Defamation League (ADL) reported earlier this week that white supremacist propaganda in the country more than doubled in 2019.

Incidents of white supremacist propaganda distributed across the nation jumped by more than 120% between 2018 and 2019, according to the report, making last year the second straight year that the circulation of propaganda material has more than doubled, with university campuses become the main targets for the propaganda.

The ADL's Center on Extremism reported 2,713 cases of circulated propaganda by white supremacist groups, including flyers, posters and banners, compared with 1,214 cases in 2018. The sharp rise in cases of white supremacist propaganda distribution last year follows a jump of more than 180% between 2017, the first year that the ADL tracked material distribution, and 2018.

Last year saw incidents on college campuses nearly double, encompassing 433 separate campuses. About two-thirds of the total propaganda in the report was traced back to a single white supremacist group, Patriot Front, which was founded after the Charlottesville incident. In August 2017, the quiet college town of Charlottesville, Virginia became a bloodied symbol of the nation's roiling racial and political divisions following a white nationalist gathering that left one protester dead. Last month, a pro-gun rally in the U.S. state of Virginia drew dozens of far-right militia groups, requiring heavy security and prompting concerns over potential violence.

The size of the crowd and the expected participation of white supremacists and fringe militia groups raised fears that the state could see a repeat of the violence that exploded in 2017 in Charlottesville. In contrast to Charlottesville, there was little sign of counter-protesters challenging the gun-rights activists.

Southern Poverty Law Center staff members attended the rally and identified members of extremist militia groups, including the Oath Keepers and the Three Percenters, as well as the League of the South. The League of the South, which the center designates as a hate group, advocates for Southern secession.

The Southern Poverty Law Center has classified the Proud Boys as a hate group. Others included members of the American Guard and the Daily Stormers. The American Guard is a white nationalist group, according to the Southern Poverty Law Center, while the Three Percenters and the Oath Keepers are extremist anti-government militias. The Daily Stormers are neo-Nazis, according to the center.

As the anti-immigrant, far-right rhetoric has gradually become mainstream in the country, white supremacist violence has also increased. Right-wing extremists accounted for a growing share of extremist-related killings in the country with at least 50 extremist-related murders recorded in 2018, according to an earlier report published by the ADL.

In its annual report on extremist-related killings in the U.S., the ADL's Center on Extremism recorded the highest death toll since 1995, including the 11 individuals killed in the fatal anti-Semitic attack at the Tree of Life Synagogue in Pittsburgh. The report noted that the killers were affiliated with right-wing movements and organizations, in most cases alt-right movements that include white supremacists, neo-Nazis and supporters of the Ku Klux Klan (KKK).