Bloomberg in hot water over booklet containing his offensive quotes 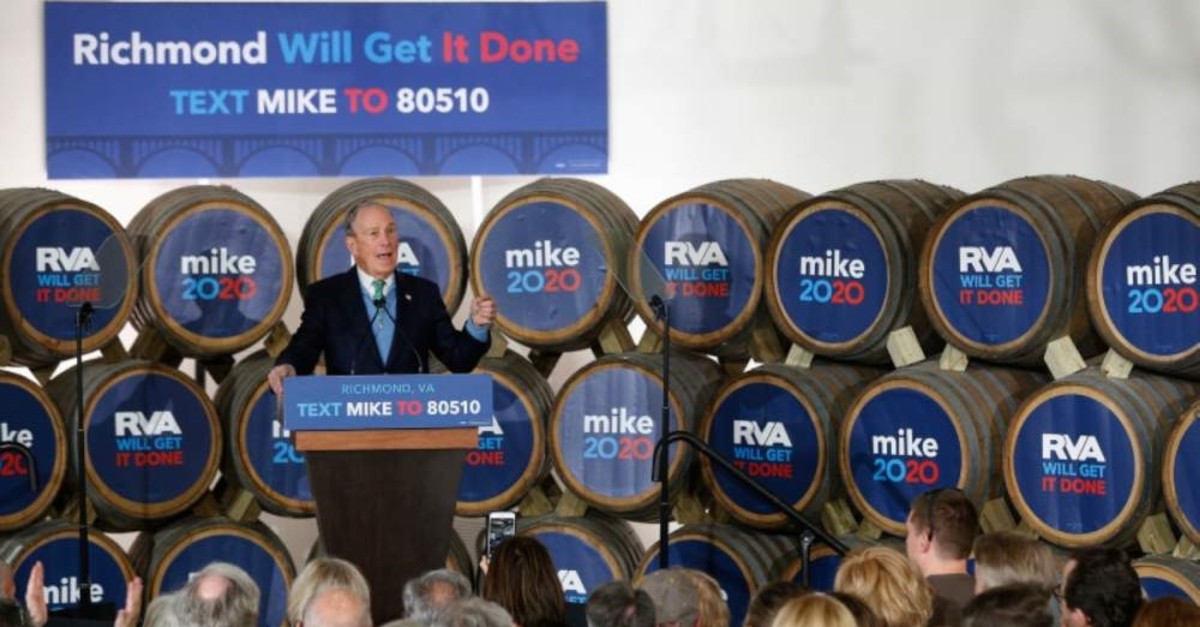 The reemergence of a booklet containing U.S. Democratic candidate Mike Bloomberg’s notable quotes, including sexist and racist remarks, has brought a new wave of criticism against the billionaire businessmen.

The booklet titled "The Portable Bloomberg: The Wit and Wisdom of Michael Bloomberg," which was compiled by Bloomberg’s former employees, journalists, and political operatives, was reportedly given to him on Feb. 14, Valentine’s Day, in 1990, the Insider reported.

It contains offensive jokes against women by the former New York mayor, who vowed to "always be a champion" for women in the workplace on Saturday as he was seeking the Democratic presidential nomination.

"The Portable Bloomberg,” recently obtained and published by the Insider, quotes Bloomberg as saying: "If women wanted to be appreciated for their brains, they'd go to the library instead of to Bloomingdale's."

In another quote, Bloomberg reportedly said: "I know for a fact that any self-respecting woman who walks past a construction site and doesn't get a whistle will turn around and walk past again and again until she does get one.”

Other notable quotes include Bloomberg commenting on the British royal family: “What a bunch of misfits – a gay, an architect, that horsey faced lesbian, and a kid who gave up Koo Stark for some fat broad,” or jokingly saying, "If Jesus was a Jew, why does he have a Puerto Rican first name?”
Bloomberg's campaign has recently suffered major criticism and backlash after the emergence of the former mayor’s remarks in which he defended police stop-and-frisk tactics that targeted blacks and Latinos.

A recording of Bloomberg's comments in 2015 to nearly 400 people in Aspen, Colorado, has been posted online for five years but began circulating widely this week on social media.

"Ninety-five percent of your murders and murderers and victims fit one (modus operandi)," Bloomberg told the Aspen Institute audience. "You can just take the description, Xerox it and pass it out to all the cops: They are male, minorities, 16 to 25. That's true in New York. It's true in virtually every city."

“One of the ways to get guns from those who are stopped,” he added, "is to throw them against the wall and frisk them."

After nearly two decades of defending the policy, Bloomberg apologized for it a week before he announced in November that he was running for president – and he did so again on Tuesday.

But the backlash threatened to stall the billionaire's momentum after weeks of building support among Democrats who favor a moderate as the party's presidential nominee.