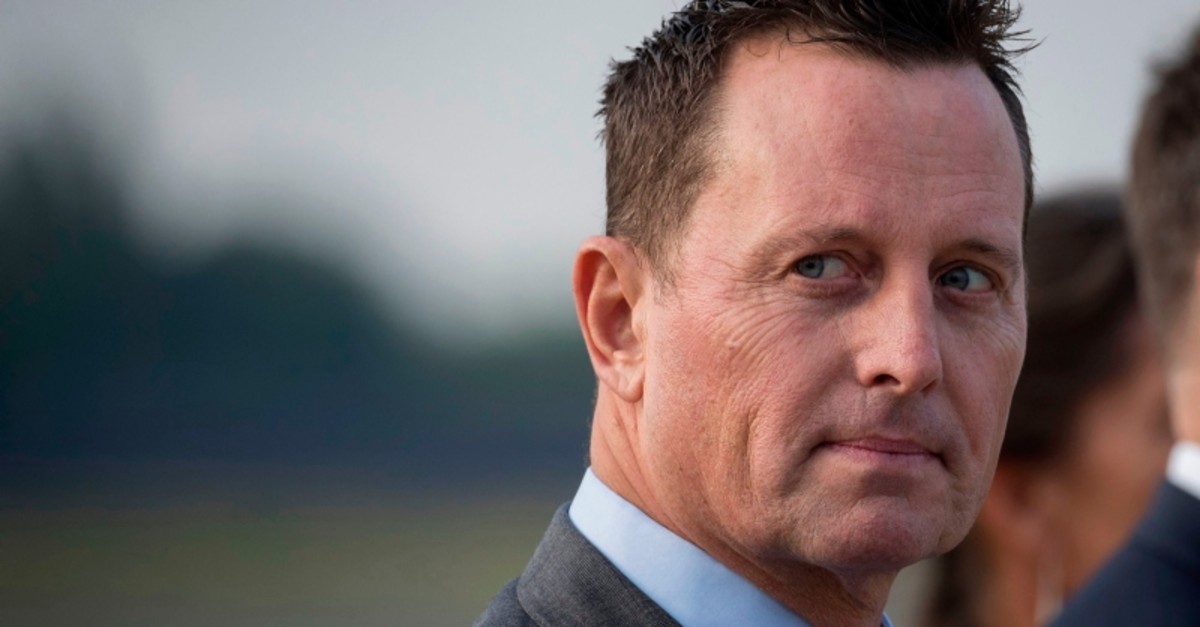 In this file photo taken on May 30, 2019 US ambassador to Germany Richard Grenell awaits the arrival of US Secretary of State Mike Pompeo (not in frame) at Tegel airport in Berlin. (AFP Photo)
by Compiled from Wire Services Feb 20, 2020 2:27 am

Grenell was also a spokesman for the U.S. mission to the United Nations during the George W. Bush administration and a longtime Fox News Channel commentator.

He was the first openly gay ambassador nominated by Trump.