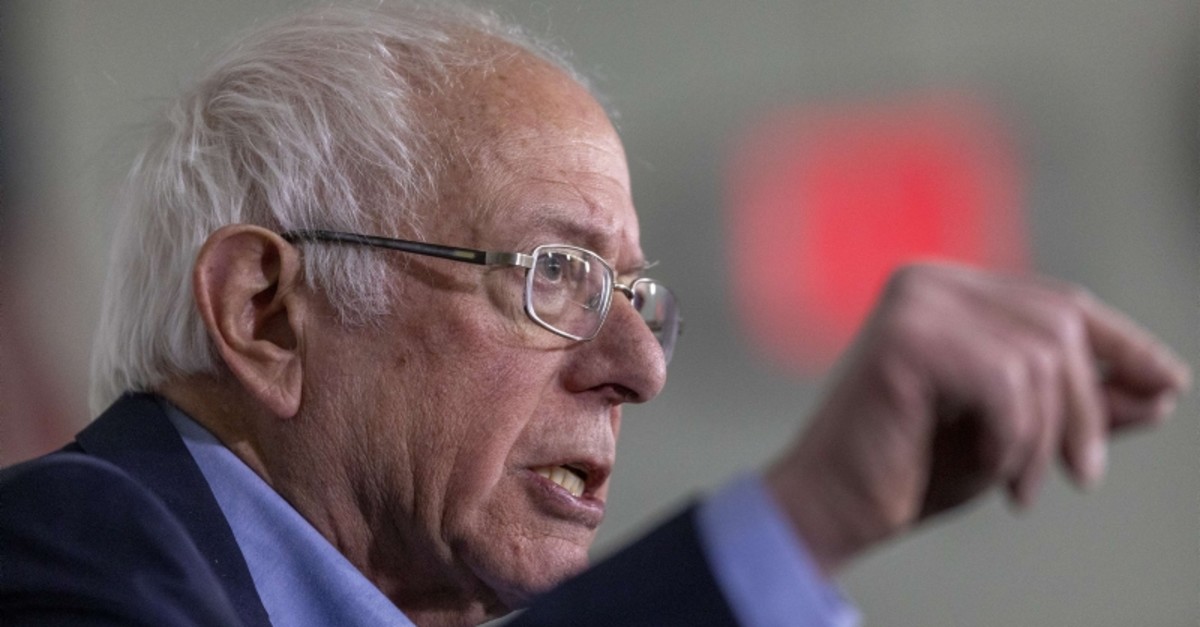 Democratic presidential candidate Sen. Bernie Sanders (I-VT) speaks during a news conference before holding a ,Get Out the Early Vote, rally on February 21, 2020 in Santa Ana, California. (AFP Photo)
by Associated Press Feb 22, 2020 3:31 am

Democratic presidential candidate Bernie Sanders said Friday he was briefed by U.S. officials "about a month ago" that Russia has been trying to help his campaign as part of Moscow's efforts to interfere in the 2020 presidential election.

"It was not clear what role they were going to play," Sanders said during a campaign stop in California. "We were told that Russia, maybe other countries, are going to get involved in this campaign."

The Vermont senator continued: "Here's the message to Russia: Stay out of American elections."

Sanders' response was a sharp contrast from that of President Donald Trump, who has pushed back at the assessment of U.S. intelligence agencies that Russia has interfered in elections on his behalf. Minutes before Sanders condemned Russian interference, Trump dismissed reports that Russian President Vladimir Putin was trying to help him as well as "a rumor" started by Democrats.

Federal investigators in 2018 charged 13 Russians in a covert social media campaign that prosecutors said was aimed at dividing public opinion on hot-button social issues as well as propping up Sanders and Republican candidate Trump in the 2016 election while also denigrating Hillary Clinton, the eventual Democratic nominee.

Organizers of that Russian effort circulated an outline of themes for future social media content, with instructions to "use any opportunity to criticize Hillary and the rest (except Sanders and Trump—we support them)," according to the indictment.

Campaigning Friday in Las Vegas, Trump told supporters that he heard Democrats were trying to "start a rumor ... that Putin wants to make sure I get elected."

"Listen to this, so doesn't he want to see who the Democrat is going to be? Wouldn't he rather have, let's say Bernie?" Trump asked. Sanders and his wife, Jane, in 1988 spent their honeymoon in the Soviet Union, Trump noted.

Sanders told reporters he had seen some of Russia's "tweets and stuff," which he said were aimed at sowing divisions.

Sen. Elizabeth Warren said her campaign has not received a briefing from intelligence officials, while billionaire philanthropist Tom Steyer's campaign said it was briefed "months ago" but didn't give any details.

Sanders appeared to suggest there was a political motive to the timing of the revelations, which were first reported by The Washington Post.

"One day before the Nevada caucus, why do you think it came out?" he said, adding sarcastically: "It was The Washington Post? Good friends."