Experts to ensure Erdoğan's food safety at the presidential palace 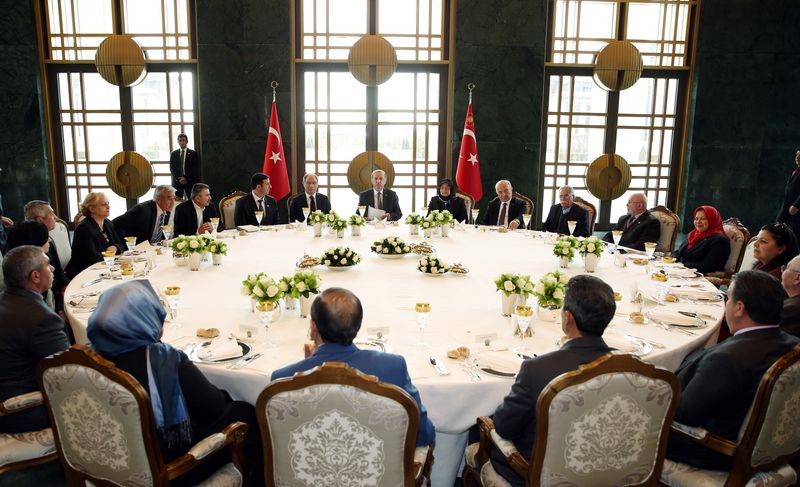 by Nurbanu Kızıl Mar 03, 2015 12:00 am
A team of five experts is checking President Erdoğan's food and water for radioactive materials, poison, and other deadly ingredients at the Presidential Palace in Ankara.

According to recent reports, anything that is consumed by Turkey's president is tested by an exclusive team of experts to prevent poisoning and potential assassination attempts.

AK Party Ankara Deputy Cevdet Erdöl, who leads the health team at the Presidential Palace and is also a doctor, has stated that they have prepared a detailed plan about how to ensure the well-being of the president in terms of food safety. Erdöl stated that everything consumed by the president is subjected to a series of elaborate inspections and analysis in accordance with international food safety criteria.

Food safety precautions start during purchasing according to Erdöl, who explained that everything that is used in the presidential palace - including detergent and other household products - is bought from reliable vendors. Purchased items go through a series of checks at the time of the purchase and further analysis is conducted during the cooking process.

"We know that throughout the world, assassinations no longer take place through arms, but are secretly conducted by contaminating food with poisonous substances" Erdöl was quoted as saying. He added that the same analysis is also carried out whenever the president goes abroad and that developments made in food safety throughout the world are closely followed by the team at the presidential palace.

Erdöl said that Turkey also follows methods used by other world leaders to prevent food poisoning and assassination attempts, while he argued that Turkey's expertise in this subject surpasses many other countries throughout the world.

It was noted that the samples taken from Erdoğan's food are not only analyzed in Ankara, but are also sent to Istanbul for analysis in various labs. The palace may also get a laboratory of its own in the future.

No serious instance of poisoning has taken place at the presidential palace so far, but it was reported that some fruits and vegetables contained pesticide residue.

Leaders throughout the world take extensive precautions to ensure the food they consume will not threaten their lives. It is claimed that food consumed by the president of the United States must be prepared and served by White House stewards and waiters. In the case that the president is going on a foreign trip, the ingredients are brought from the U.S. capital. The Russian President Vladimir Putin has a full-time food taster who is a member of his security staff to prevent poisoning.