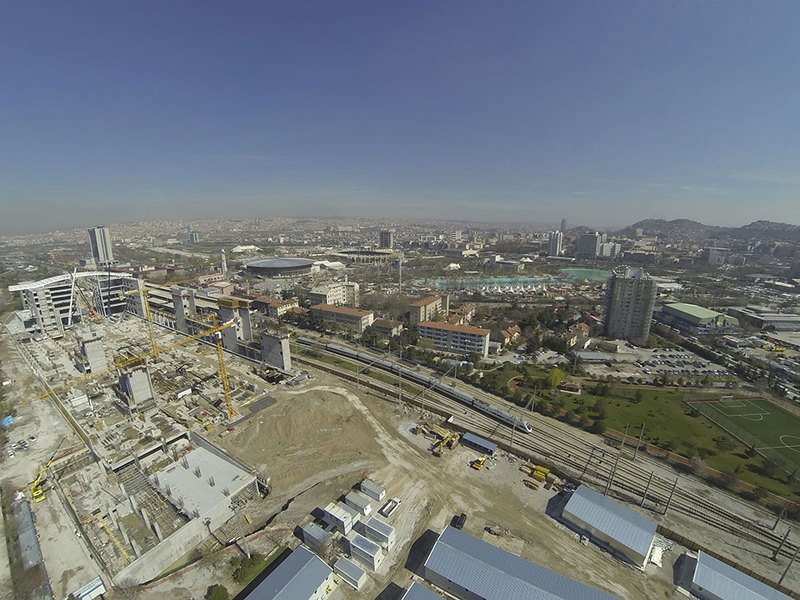 by Daily Sabah with AA Apr 08, 2015 12:00 am
Turkey's capital Ankara will have a new rail terminal complex matching its size and importance, along with its central role in Turkey's rail transport system, as of July 2016. The country's Transport, Maritime Affairs and Communications Minister, Feridun Bilgin, made the announcement on Wednesday.

Along with problems in rail transport, the existing terminal building has served below its capacity for years as it has remained isolated from Ankara's major transport lines despite its central location and proximity to Ankara's landmarks.

The new terminal, which is being constructed through the "built – operate – transfer" method, which will cover a period of 19 years, will initially have a daily capacity of 20,000 passengers, which will later increase to 50,000, Bilgin added. The building will have 178,000 square meters of closed area in eight floors, and will serve six high-speed trains across three platforms.

More than 100 rail transport projects have been completed since 2003, Bilgin said, which are led by Ankara-centered high-speed rail projects. According to Bilgin, Turkey is currently the eighth largest high-speed rail operator in the world and sixth largest in Europe. The country's first high-speed rail line started operating in 2009 between the central cities of Ankara and Eskişehir, followed by Ankara-Konya and Ankara-Istanbul lines in 2011 and 2014. There are ongoing projects to connect Ankara with Turkey's third largest city Izmir and central city of Sivas with high-speed rail, while extensions are being built from Konya to Karaman and Bilecik to Bursa.