Lynching attempt on woman presumed to be Chinese 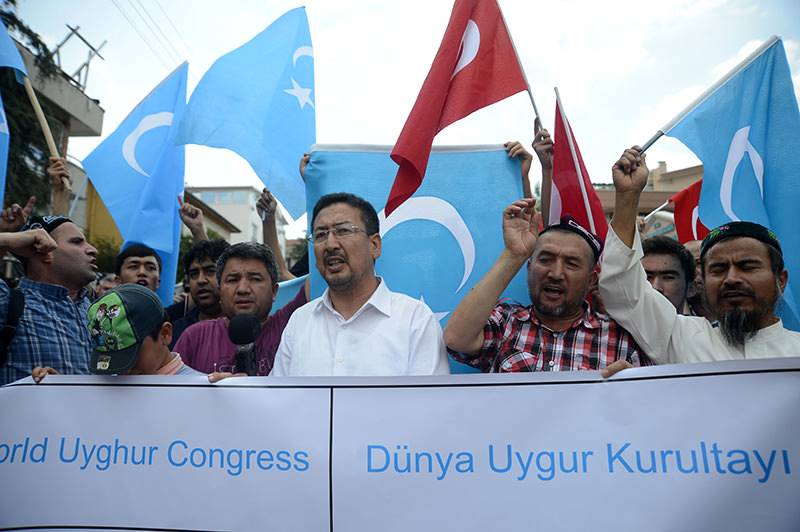 | AA Photo
by Daily Sabah Jul 09, 2015 12:00 am
A group of protesters who gathered in front of the Thailand Embassy to Turkey in Ankara, attacked a woman thought to be of Chinese-origin on Thursday afternoon. However the woman's nationality cannot yet be determined.

The protestors gathered in front of the embassy to denounce Thailand's latest decision to extradite 115 Uighur Turks to detention centers in China, without their consent. A woman tourist who was at the place of the incident at the time was, however, abused by the crowd. Her hair was pulled and she was manhandled. The Royal Thai Embassy in Turkey on Facebook warned Thai citizens to be on alert after the incident.

Another group of protestors had ransacked the Thai Consulate in Istanbul one day earlier.

The Uighur ethnic group, which constitutes around 45 percent of the population of Xinjiang, a Chinese autonomous region, has accused China of carrying out repressive policies that restrain their religious, commercial and cultural activities.

Some Uighurs have been forced to seek shelter in other countries by the pressures they face in China. Turkey had previously expressed its stance on hosting Uighur asylum seekers when they officially requested Thailand to send Uighur refugees to Turkey and not back to China, where they could possibly face death upon return. But, yet Thailand deported more than 100 Uighurs back to China on Thursday, ignoring concerns that the ethnic minority faces persecution by the Chinese government.