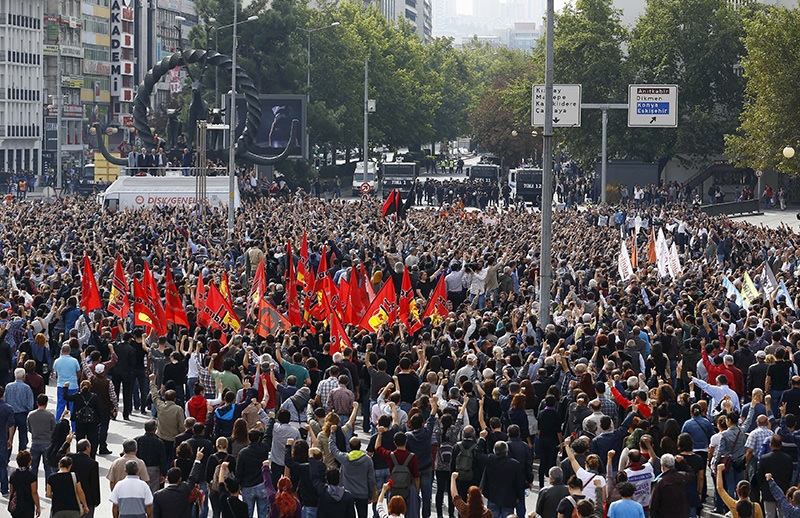 by daily sabah
Oct 11, 2015 12:00 am
Thousands of people gathered on Sunday at Ankara's Sıhhiye Square to mark the victims of Turkey's deadliest terror attack that killed at least 95 people and injured more than 200 on Saturday.

Members of NGO's, political parties and labor unions from Saturday's planned "Peace, Democracy and Labor" rally, as well as protestors from various other groups, gathered at Sıhhiye Square to commemorate the victims of the suspected twin suicide bombing.

Following a brief confrontation with the police resolved through efforts of deputies and the Ankara governor, the groups marched near the blast site next to Ankara's main train station.

Although police units set up barricades near the protest area, a full-fledged search for the participants was not carried out and some protesting groups were seen taking their own security measures with metal detectors.

During the rally, Selahattin Demirtaş, leader of the pro-Kurdish Peoples' Democratic Party (HDP), stated that so far 128 have died in the terror attack. The latest official toll states that 95 were killed, although 62 people remain in serious condition.