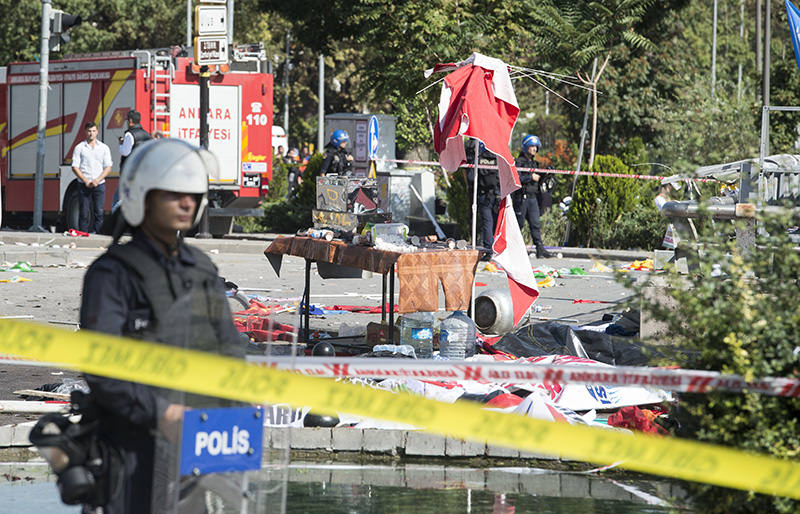 | AA photo
by Daily Sabah with Wires Oct 13, 2015 12:00 am
Turkish security forces on Tuesday detonated a suspicious package outside the Ankara train station where a suicide bombing killed at least 97 people three days ago.

Security forces detonated the package with a controlled explosion. The police have reported that the 'suspicious package' contained food, according to various media outlets.

The twin suicide bombings in Ankara – the deadliest attack in modern Turkish history – were set off by two suspected suicide attackers in a crowd of leftist, pro-Kurdish and union activists at a peace rally.

The attacks near Ankara's main train station left the bodies of dead demonstrators strewn across the ground. The bombings also wounded 246 people, dozens of whom were hospitalized and are in intensive care, according to the Prime Ministry.
Last Update: Oct 13, 2015 11:46 am
RELATED TOPICS