Site of Ankara terror bombings to be named 'Democracy Square' 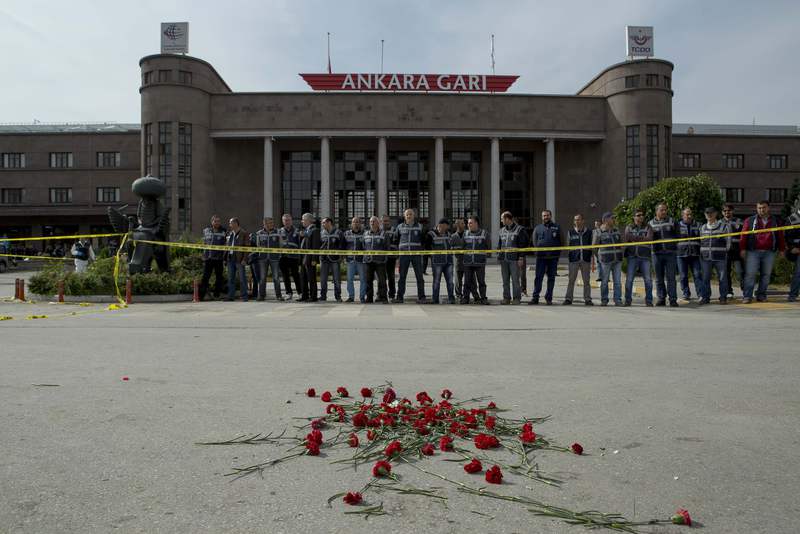 |AA Photo
by Anadolu Agency Oct 15, 2015 12:00 am
The Ankara Metropolitan Municipal Council has decided to name the site of the twin bombings that claimed 99 lives on Saturday "Democracy Square."

During Thursday's general meeting of the municipal council headed by Vice Chairman Ali İhsan Ölmez, a motion to name the square "Democracy Square" was passed, an Ankara municipality official – who was not named according to protocol – told Anadolu Agency (AA).

The motion was reportedly supported by Justice and Development Party (AK Party) deputies while Republican People's Party (CHP) members preferred "Peace Square." The area, which is located in front of the city's central train station, did not previously have a specific name.

Saturday's twin bombings in Ankara claimed 99 lives and injured hundreds. It was the deadliest terror attack in the history of the Republic.
Last Update: Oct 16, 2015 6:06 pm
RELATED TOPICS