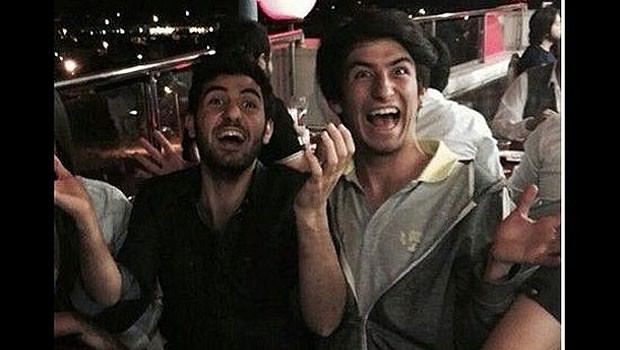 On Oct. 10, 2015, Ankara was hit by a terror attack outside the central railway station, killing Ali Deniz alongside 102 other people.

At that time, his close friend Akkuş had posted a message on social media: "Even the tears from our eyes will not be able to clear the blood off your hands [referring to the terrorists]. The stain will always stay on you but that beautiful man will live in our hearts."

Unfortunately, Akkuş suffered the same fate as his friend, as he was killed only five months later in the latest terror attack, which hit the capital on Sunday. This unfortunate coincidence of two close friends losing their lives only five months apart from each other has circulated throughout Turkish social media under the name "chain of death."