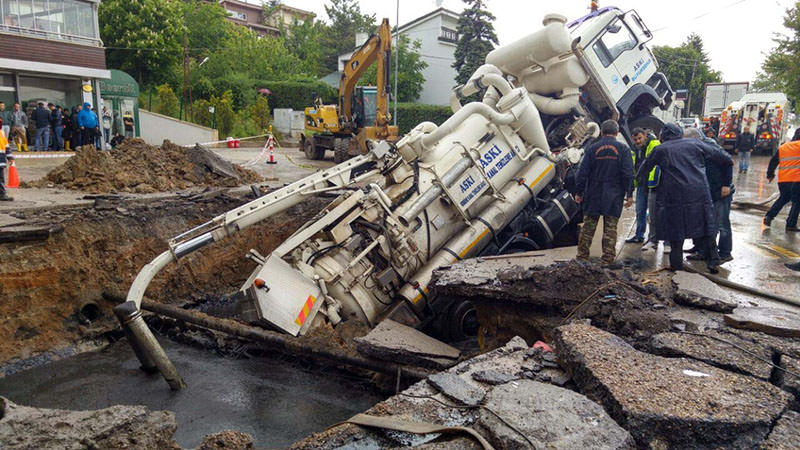 An unlucky driver's parked car slid into a sinkhole after a road collapsed due to an alleged burst water pipe in the Turkish capital Ankara on Friday.

The incident occurred at around 5.30 a.m. in the city's Çiğdem neighborhood.

The locals notified the municipality of the landslip. However the municipality said that the collapse did not occur as a result of the burst of the water pipe, but instead stemmed from a cesspool constructed in 1970s. 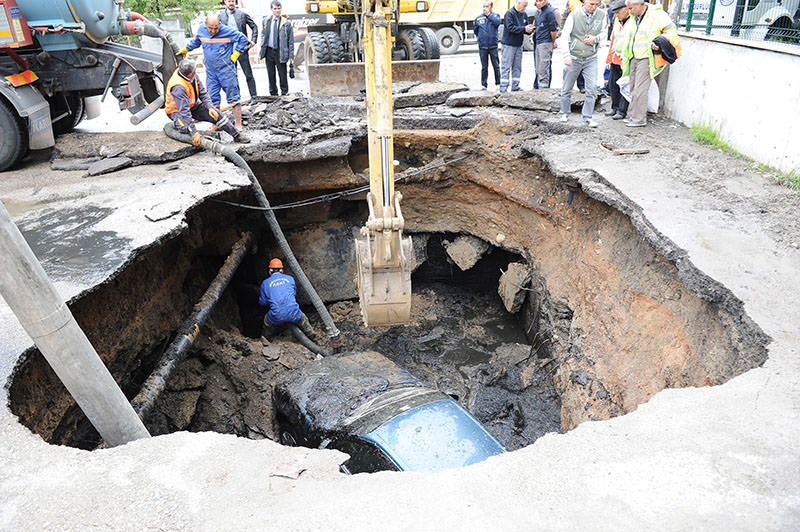 The municipality said, there was no negligence in the incident on the part of the water and sewerage authority.

The municipality later on sent a vacuum truck to the area to evacuate the water in the sinkhole, which would also help the car to be pulled out of the pit, but as the truck was draining the water, it also fell into the hole.

There are now a couple of lifting cranes at the site trying to tow the two vehicles.