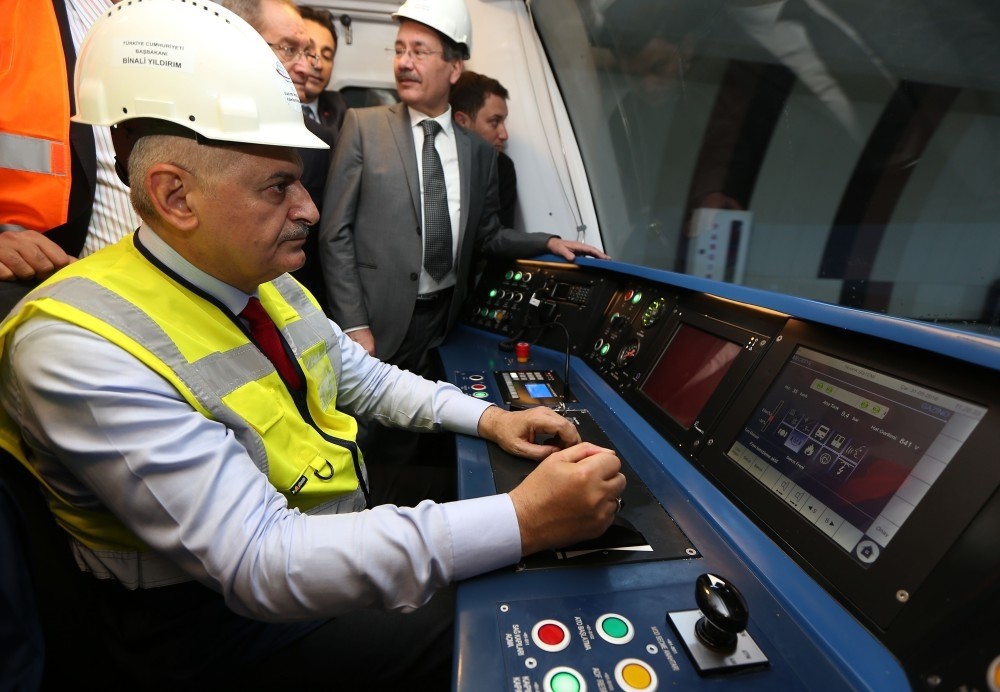 by Anadolu Agency Sep 01, 2016 12:00 am
The Keçiören metro, which had its foundations laid in 2004, has finally been completed. Construction was sped up on the orders of Prime Minister Binali Yıldırım. The 9.2-kilometer-long metro line between the Atatürk Cultural Center and Keçiören will shorten the travel distance between these destinations from 90 to 16 minutes. The line is also expected to carry 50,000 passengers an hour and 800,000 passengers a day. It is also reported that the investment on the new line reached TL 1 billion (330 million).

Through four metro stations. Stating that the test rides will continue between nine stations for at least two-and-a-half months, he said that the people of Ankara and Keçiören will be able to use the new metro line "for which they have been waiting for too long." Yıldırım said that the new line will ease daily traffic in Ankara. Yıldırım also said the first station in the new metro line will be named "Martyrs Station."

Yıldırım stressed that the new metro line is just the beginning of many projects to come. "Despite some people and organizations' efforts to destroy our country, we are undertaking projects that will make our citizens' lives easier thanks to our municipalities and government. Turkey is now initiating the biggest projects in the world. While the world stands still due to the global crisis, Turkey has been completing the biggest projects in its history. While we undertake these projects, we also have to deal with terror groups that aim to divide us and threaten our borders."

He said that Turkey's location is "in the center of the world" and that "people have fixed their eyes on Turkey and its projects." Offering information about the future projects, Yıldırım said that the new metro line will be followed by various projects such as a high speed train and a train station. He also said that the high-speed train line will be improved and 15 metropolitan cities in Turkey, which is home to 55 percent of Turkey's entire population, will be connected to Ankara via high-speed train, which began its service in 2009. He said it is possible to travel to Istanbul, Eskişehir, Bilecik and Konya from Ankara via high-speed train and by 2019, people will be able to travel from Ankara to Sivas, Yozgat and Kırıkkale via high speed train.

Yıldırım assured the public by saying that the investments and projects will continue under the leadership of President Recep Tayyip Erdoğan.
RELATED TOPICS