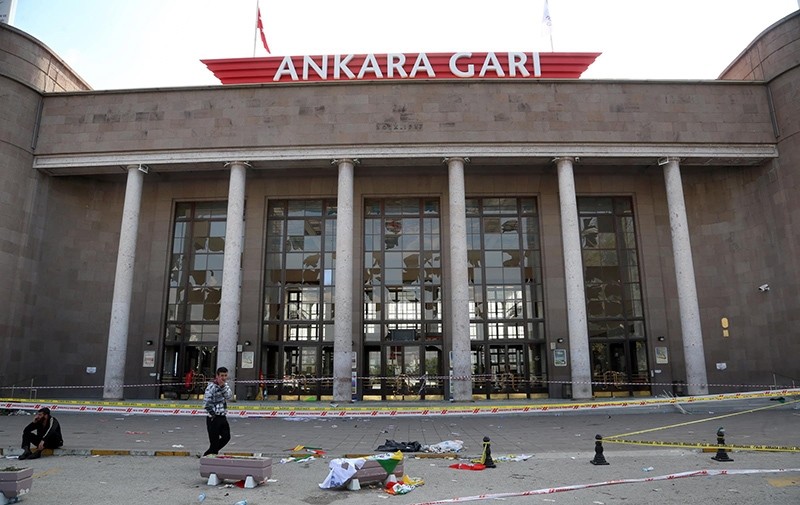 Hundreds of people participated in a ceremony to commemorate 102 victims of a double suicide attack perpetrated by the Daish terrorist group at a peace rally near main train station in Ankara on Oct. 10, 2015.

Topaca said that he condemns all terrorist attacks in the strongest terms and that Turkey will overcome the issue of terrorism with the efforts of the state.

He noted that terrorism has become a universal problem and that Turkey will continue to take all precautions to ensure that such ruthless attacks do not happen again in the future.

Security measures around the central station were considerable as a police helicopter hovered over the ceremony and snipers were positioned on rooftops.

A total of 102 people were killed and 391 others wounded in the attack last year, which targeted a peace rally.