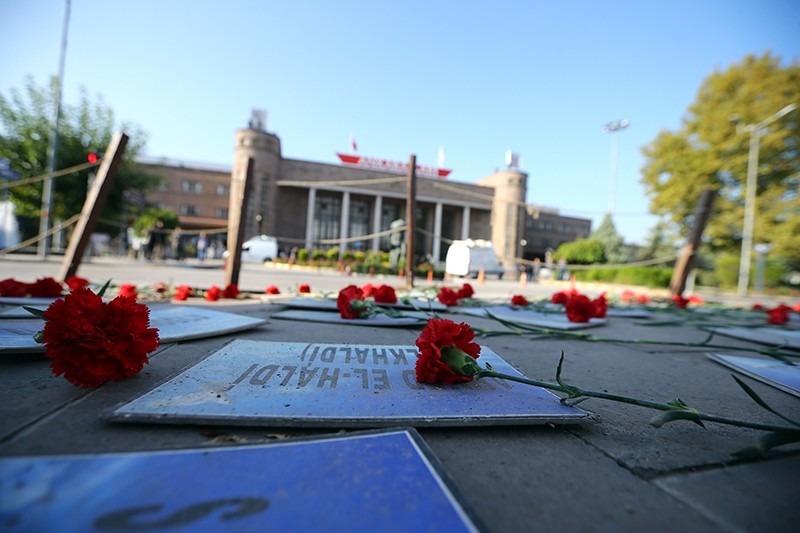 All public gatherings and demonstrations were banned on Monday until the end of November after receiving information about potential terror attacks, the governor's office said.

The Ankara governorate said in a statement that all such meetings had been prohibited until November 30, in line with the state of emergency imposed in the wake of the failed July 15 coup.

It said that the decision was taken "to ensure people's safety and public order".

The governorate, which is responsible for security throughout the capital and the wider province, said it had received intelligence "that banned terror organisations were preparing actions in our province".

Without naming which organisations, it said that the groups were thought to have been planning attacks on meetings and public demonstrations.

The capital has been hit repeatedly over the last 12 months by PKK and Daesh attacks..

One hundred and three people were killed on October 10, 2015 when suicide bombers linked to Daesh blew themselves up in a crowd of leftist, pro-Kurdish and union activists planning to hold a rally outside Ankara's main train station.

Meanwhile, Ankara was a prime target of the plotters in the July 15 failed coup, which is blamed on the U.S.-based preacher Fethullah Gülen.

A suspected Daesh suicide bomber blew himself up at the weekend in the southeastern city of Gaziantep during an anti-terror raid, killing three police officers, officials said.

A few hours later, a second suicide bomber detonated his explosives, killing himself but without causing any further fatalities.