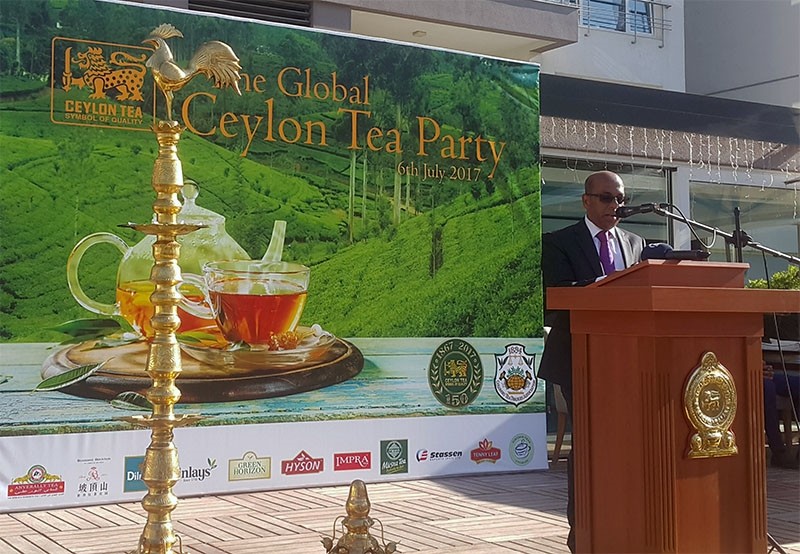 The 150th Ceylon Tea Party was celebrated in Ankara and across the world. Amza said he was very happy to see ambassadors from around the world and Turkish guests at the reception.

Yılmaz said that all around the world the word tea reminds people of Sri Lanka, something he called "a concrete success" for the country.

Yılmaz said Turkey is among the leading tea importers of the Sri Lankan product, adding that Turkey is a significant market for Sri Lanka.

After China and India, the world's two most populous countries, Turkey is third in tea consumption in the world.

Based on data from the Food and Agriculture Organization (FAO) of the United Nations, the average annual tea consumption per person worldwide is less than 1 kilogram, but in Turkey, each person consumes an average of more than 3 kilograms of tea annually.

China remains at the top of the list of producers worldwide, with almost 2 million tons of tea produced, followed by India, Sri Lanka and Kenya.