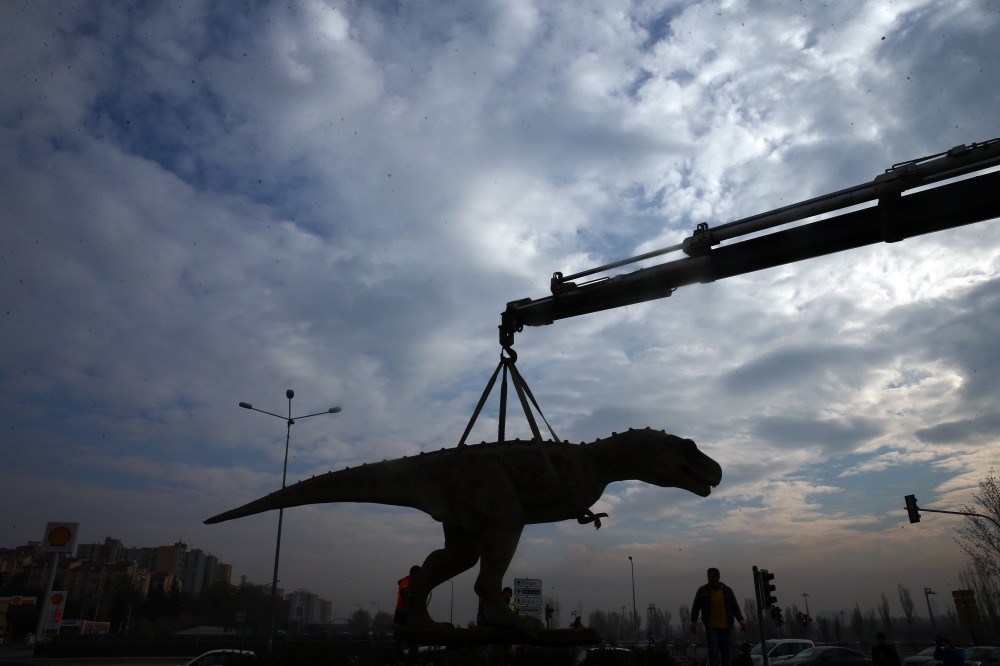 Regarded as a symbol of unnecessary expenditure for the capital of Ankara, a giant Tyrannosaurus rex statue on the side of a busy road was removed on Monday under the orders of the city's new mayor, Mustafa Tuna.

Early Monday, workers from the city hoisted the 3-meter high, 10-meter long statue by crane and loaded it onto a truck amid the curious glances of the city's residents.

The dinosaur statue, erected near an intersection two years ago during the tenure of former Mayor Melih Gökçek, was meant to promote a new theme park. Ankapark was "a prestigious project" according to Gökçek who was criticized for what many called unnecessary spending of municipal resources. Gökçek, a staple in Ankara who had served as its mayor since the 1990s, stepped down last month amid the "rejuvenation" calls of President Recep Tayyip Erdoğan for the ruling Justice and Development Party (AK Party). He was replaced by Tuna, formerly a mayor of the capital's Sincan district.

The bizarre statue "gave our children the creeps," according to one onlooker who watched the removal. Interestingly, it has been replaced with another outlandish symbol: A giant robot statue styled after the Autobots of the Transformers franchise. Dinosaur statues still populate the partly built Ankapark. Speaking to Hürriyet newspaper last week, Tuna said the municipality was assessing the costs of the theme park and hinted he may hold a referendum on whether to continue the park's construction.