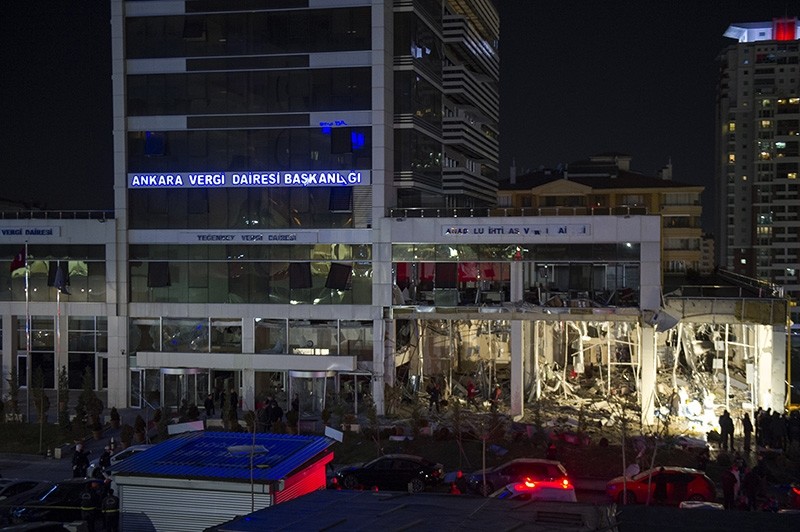 Ankara Governor Ercan Topaca said late Thursday that there is probable cause to assume a "possibility of sabotage," commenting on the ongoing investigation of an explosion which occurred at a tax office in capital Ankara.

Topaca underlined that the cause of the explosion was still undetermined, adding that experts were examining the possibility of sabotage.

The explosion occurred in the boiler room of the tax office located in Çukurambar neighborhood, and the building was closed at the time of the incident. The only employees present at the tax office were security personnel, local media said.

A loud boom caused by the explosion could be heard in many parts of Ankara, leading to panic among residents.

Several ambulances, firefighters and police officers rushed to the scene following the explosion.

The building's facade was extensively damaged, while windows of nearby buildings and cars were also blown out.