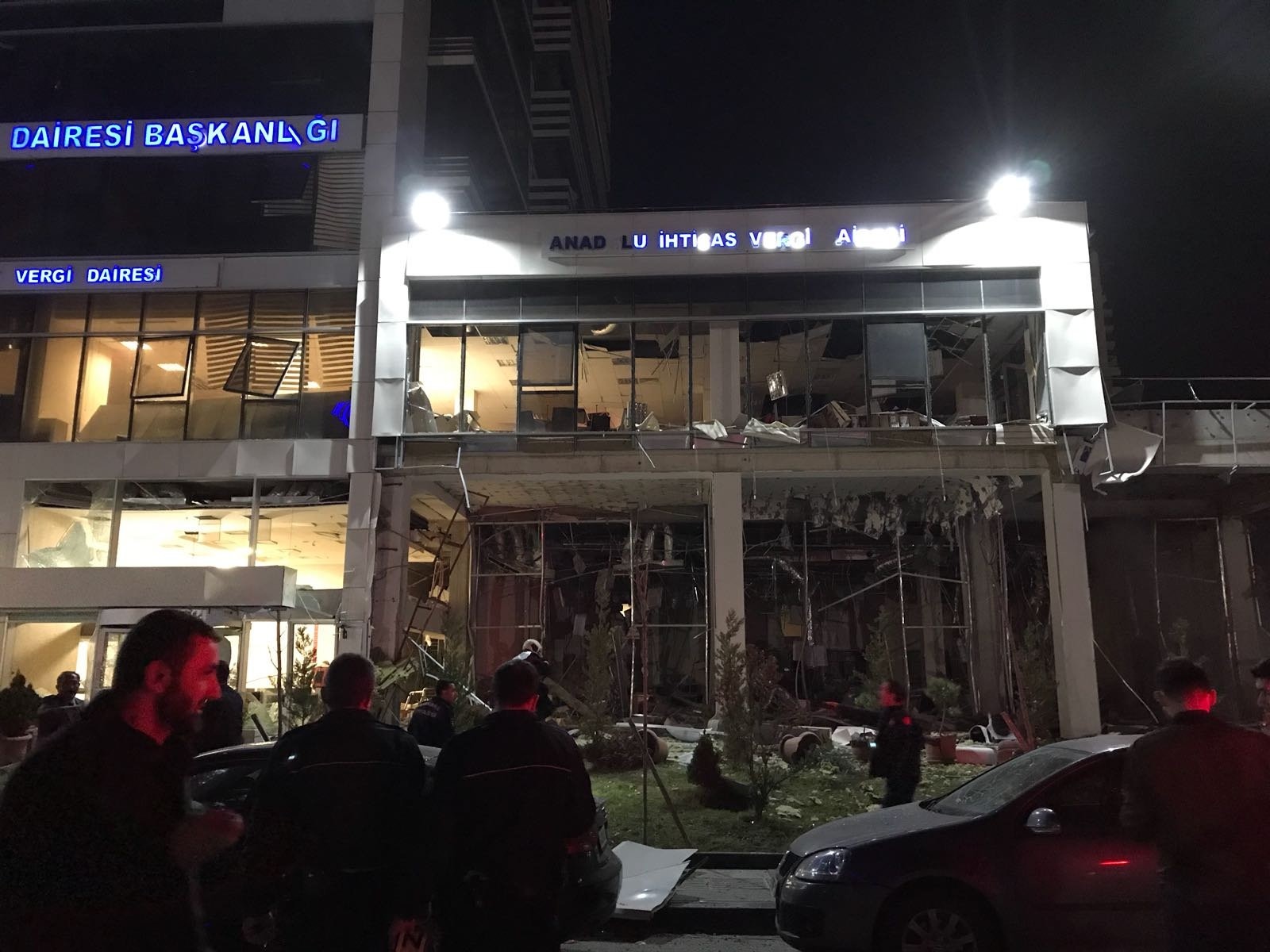 A terrorist suspected of bombing an Ankara tax office received training in a YPG-held area in Syria, the Ankara Governorate said Friday evening.

The governorate confirmed in a written statement that a bomb setup was used in the explosion that occurred at a tax office in capital's Çukurambar neighborhood.

The statement added that security footage of the scene showed a male suspect with a bag placing and preparing the bomb setup at the entrance of the building.

Police units launched an operation targeting the primary suspect and eight other affiliated suspects. Two of the four suspects who escaped in the same car as the main suspect were detained in southern Osmaniye province, while the remaining two were caught in southern Adana province.

The four remaining suspects were detained in Şırnak and Mardin provinces, after police units identified them to be in contact with the bombing suspects.

The statement said that the main suspect identified as Ersen Ertogan was caught dead. The 26-year-old, who received training in a YPG-held area in Syria, was carrying a fake ID card and reportedly entered Turkey illegally.

The explosion occurred in the boiler room of the tax office located in Çukurambar neighborhood, and the building was closed at the time of the incident. The only employees present at the tax office were security personnel, local media said.

A loud boom caused by the explosion could be heard in many parts of Ankara, leading to panic among residents.

Several ambulances, firefighters and police officers rushed to the scene following the explosion.

The building's facade was extensively damaged, while windows of nearby buildings and cars were also blown out.