Helicopters over Ankara as military base moves 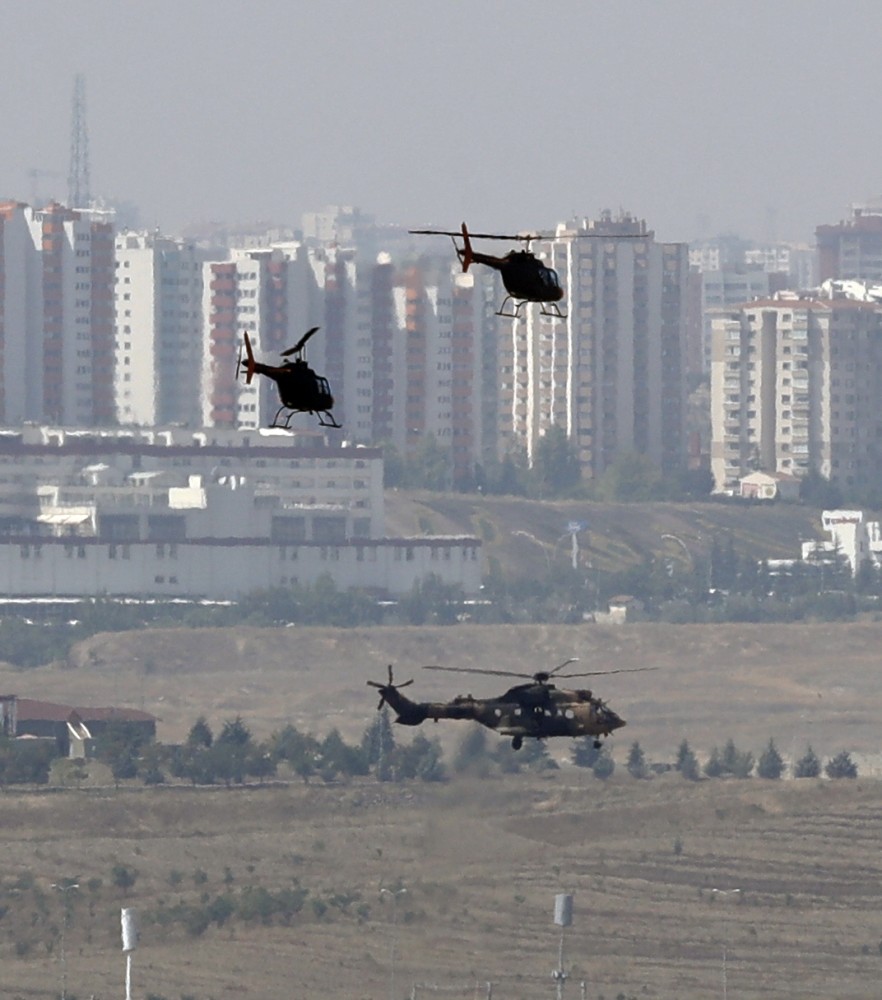 Helicopters and military planes hovered over the skies of the capital Ankara yesterday but an early warning by authorities prevented a panic among the public that is still recovering from 2016's coup attempt.

Some 30 helicopters and 15 training planes started taking off from a military base which serves as the command of a military school training helicopter pilots. They headed to Isparta, a western city, where the command is being relocated. The move was part of a larger plan for relocation of key military bases to less populated areas far from big cities. The plan was announced after the 2016 coup attempt blamed on military infiltrators of Gülenist Terror Group (FETÖ) was quelled.

On the night of July 15, 2016 and in the early hours of the following day, helicopters and warplanes commanded by putschists took off from military bases in Ankara. Scores were killed in airstrikes by the putschists who targeted the Parliament, the Presidential Complex and other strategic locations. It was the first time that coup plotters in a country with a long history of coups launched mass attacks targeting the public