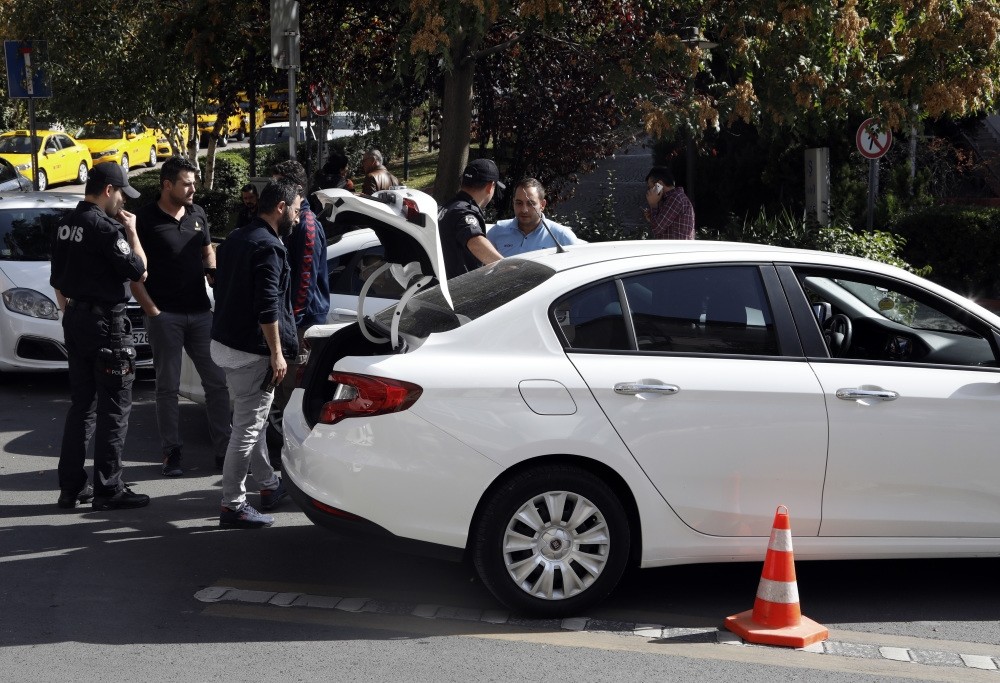 The police search a car near the Iranian embassy in Ankara, Turkey after unconfirmed reports of a suicide bomb threat to the diplomatic mission.
by Oct 16, 2018 12:00 am

Iran's envoy to Turkey was evacuated from the embassy in Ankara on Monday after warnings of a possible bomb threat, local media reported. But Tehran flatly denied the report as a complete fabrication.

"Such a claim is a sheer lie, and the personnel at our embassy are present at their workplace in full health and security," the foreign ministry said in a statement on its website. Earlier on Monday, DHA news agency said Iran's mission in the Turkish capital had been given an intelligence warning about a possible suicide bomb attack, prompting the evacuation of Ambassador Mohammad Ebrahim Taherian Fard.

The road by the embassy was shut off and police could be seen searching cars in the area, an AFP photographer said. In 2015 and 2016, Turkey was hit by a series of terror attacks which were blamed on both terrorist PKK and Daesh. The last attack blamed on IS was in January 2017 when a gunman killed 39 people at an elite Istanbul nightclub during New Year celebrations. Since then, Turkish police have conducted regular raids across the country against suspected Daesh members.