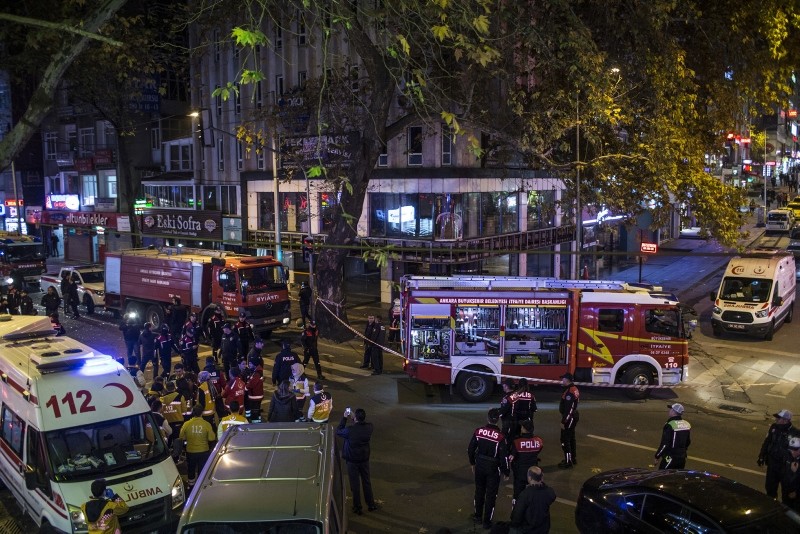 A gas explosion has left a nine-story building damaged and seven people injured in the Turkish capital of Ankara, the Health Ministry said Monday.

The explosion occurred around 6:45 p.m. on the second floor of the building at a cafe on Necatibey Street in the city's Kızılay district.

The explosion caused a loud boom that could be heard in many parts of the city. The building's windows were blown out from the force of the blast, TV footage showed.

Ankara Governor Vasip Şahin said the blast was caused by trapped gas and a technical failure, adding that the injured were undergoing treatment at nearby hospitals. He said none of them were in critical condition.