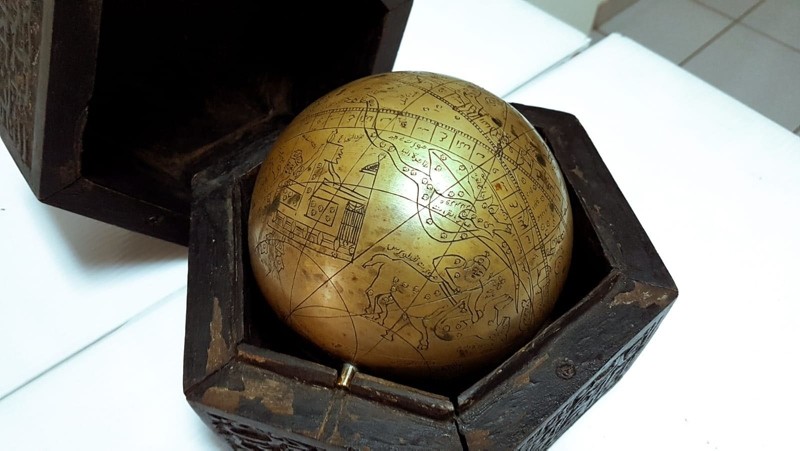 In the operation jointly conducted by the Ankara Police Department's Anti-Smuggling Units and the Ankara Chief Public Prosecutor's Office, the "celestial sphere" was captured along with some 28 coins when a suspect, identified as A.K, was trying to sell the historical artifact for $1 million.

Experts at the Ethnography Museum said that the globe was likely used for prophetic predictions, translating some of the Arabic writings on the sphere as: "In the vastness of the sea, ships come to the rescue, whereas the air has the real advantage, thank God the flow of the water moves the ship for the most advantageous jobs require the most thankfulness."

The globe, which was found to date back to Ottoman times, also has shamanistic symbols, along with human and animal depictions, astrological shapes and Arabic, Persian letters.

While legal proceedings were launched against the suspect under the law of protecting cultural and natural heritage, the globe was delivered to the Directorate of the Ankara Ethnography Museum for further examination.