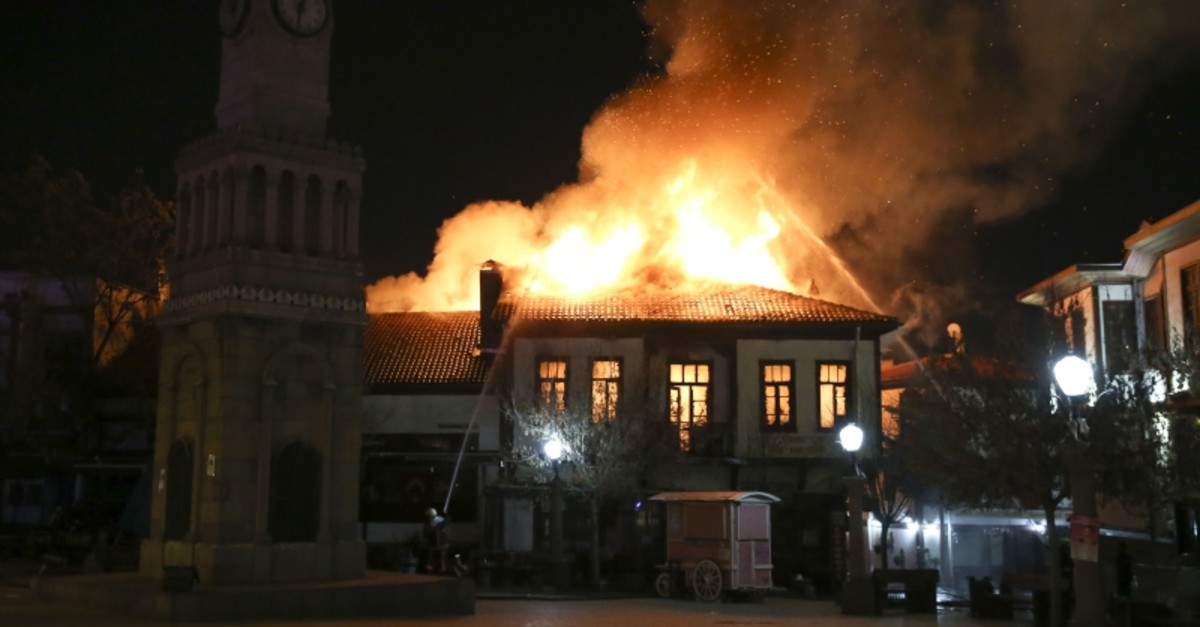 A fire broke out early Monday morning in the historical Hamamönü area of the capital Ankara's Altındağ district, damaging a large number of businesses.

The fire reportedly broke out around 5:30 a.m. at a cafe housed in a wooden building on Sarıkadın Street and soon spread to the adjacent buildings.

A large crew of firefighters and emergency service units was dispatched to the scene to contain the blaze. The firefighter managed to control the fire after an hour of cooling operations.

The extent of the damage has not yet been confirmed but numerous historical business places were reportedly gutted by the blaze.

Police have initiated an investigation into the incident's cause, which remains unknown.

Many of the historic buildings in the Hamamönü area, the oldest settlement in Ankara, were renovated in 2006.

The area is home to approximately 250 buildings, including historic mansions that have been converted into cafes, restaurants and workshop places for handicraft products, attracting local and foreign visitors.