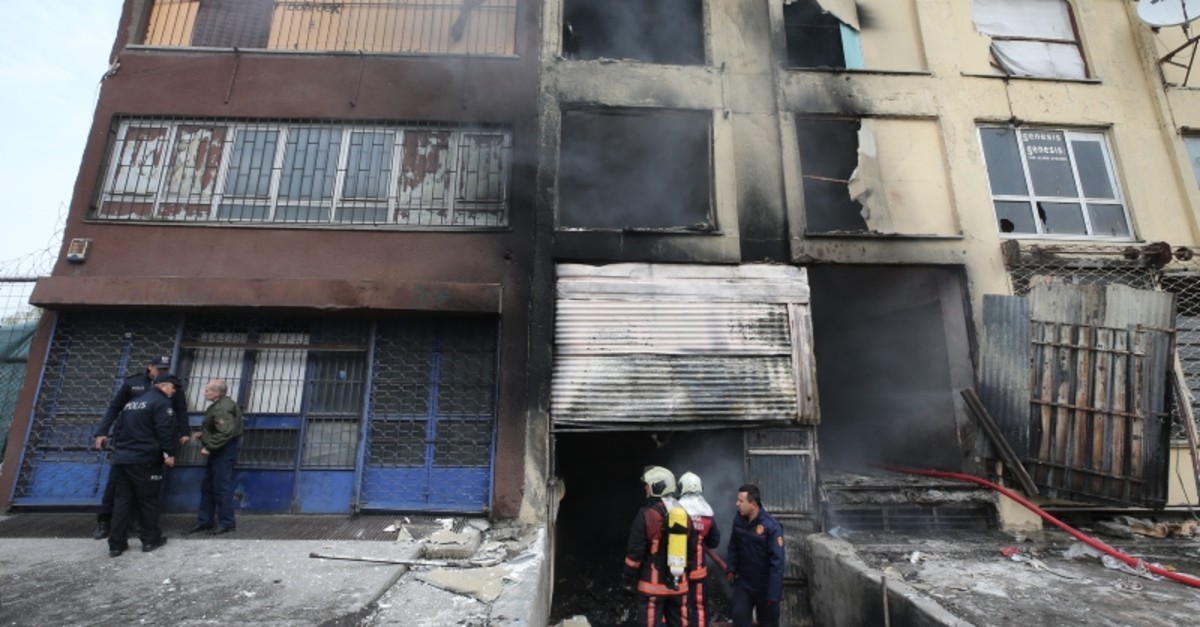 Five people have died and 11 others have been injured in a fire that broke out Friday morning at a three-story building in the Altındağ district of Ankara.

A large number of ambulances, firefighters and National Medical Research Teams (UMKE) were dispatched to the scene of the fire, which started in an abandoned building in the Iskitler Ata Industrial Zone.

The fire was brought under control hours later. The 11 people affected by smoke inhalation are receiving treatment in nearby hospitals.

Reports said that the bottom floor of the building was used by paper collectors, most of who were Afghan nationals, as a warehouse and the top floor was used as a shelter.

Officials are comparing records to identify the dead.

Ankara Governor Vasip Şahin said that an investigation was underway into the cause of the fire. Altındağ Mayor Veysel Tiryaki said the area where the building is located was earlier designated as an "urban transformation zone" where decrepit buildings are gradually demolished to replace them with new ones and some abandoned buildings scheduled for demolition were occupied by squatters.