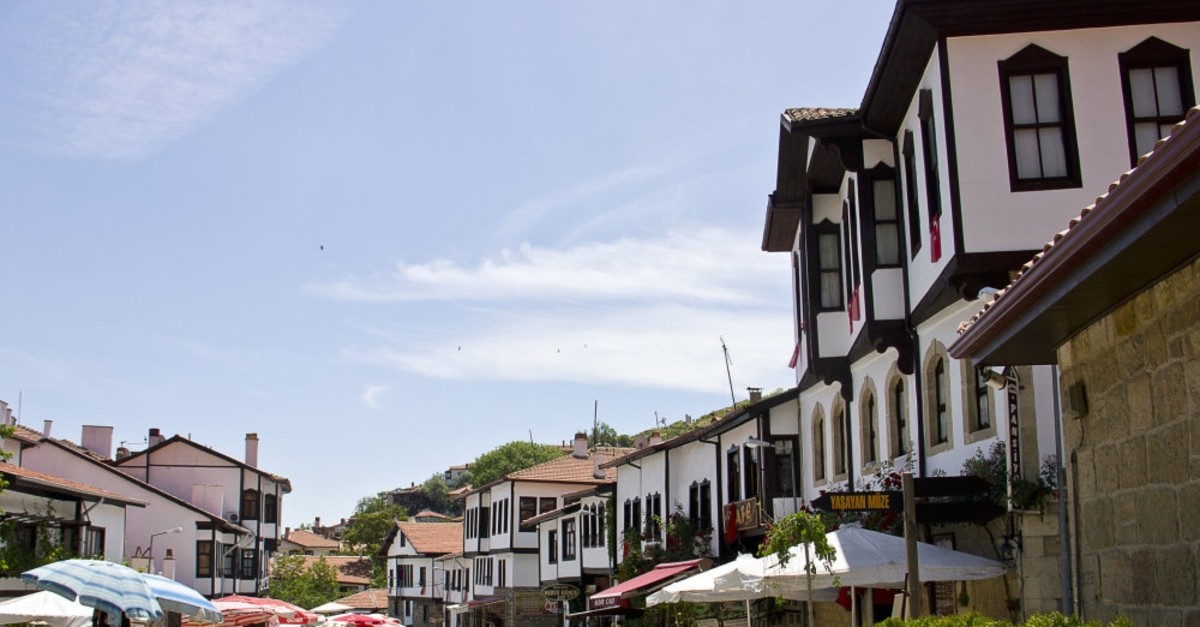 Ankara's historic Beypazarı district is looking to be nominated in the UNESCO World Heritage sites tentative list, said its mayor at the 25th International Beypazarı Festival.

"We are confident and hopeful," Mayor Tuncer Kaplan said in an exclusive interview with Anadolu Agency (AA).

He said only one candidate is selected every year from among over 130 candidates. "We held meetings and took the necessary steps for candidacy," he added.

"We believe that Beypazarı deserves the World Heritage status more than many other places," said Kaplan. "Beypazari has a long history. It was home to Hittites, ancient Romans, Byzantines, Seljuk Turks and the Ottoman Empire," Kaplan said.

Besides having some rich cultural assets, the region also plays a strong role in agriculture, he said.

"We are Turkey's leader in agriculture. We provide 12-13% of Turkey's total vegetable needs," said Kaplan.

It produces nearly 60% of all carrots in Turkey as well as lettuce, green onion and spinach. The region has a great capacity in seedling production and provides for Turkey's southern provinces like Adana and Mersin, he added.

"We are getting results from fruit saplings, which were planted three years ago. Our fruit garden project covers over 200 decares of land," or 200,000 square meters, the mayor said. He said he also put efforts into strengthening seed process facilities, greenhouses and beehives.

We will also become prominent with our fruits, especially strawberries, in the next two years by diversifying from fruit crops, he added.

Beypazarı is famous for its local food such as Beypazarı kurusu, a traditional pastry, as well as high-quality natural mineral water, tarhana, a dried food ingredient, based on a fermented mixture of grain and yoghurt or fermented milk usually served as a soup as well as erişte, or traditional noodles, and stuffed grape leaves.

"This year, we are planning to organize a gastronomy festival in cooperation with Ankara University," said Kaplan.

Referring to the 25th International Beypazarı Festival, held on Sept. 6-8, the mayor said that the traditional festival boosts trade in the region.

"The best part is that local people of Beypazarı loved and embraced the festival," he added.

The promotion campaign was carried out via social media and reached nearly 4 million people, the mayor said.

One of the attendees, Ivy Mousanda Chilengi, wife of the Zambian ambassador to Turkey, told Anadolu Agency (AA) that she had visited the festival twice.

"I usually buy local products such as dried food and vegetables," said Chilengi, highlighting that Zambia and Turkey have similar cultural features.

Zambian people are also keen on festivals where people exhibit their hand-made products, she said adding that Beypazari is a quiet and lovely place and that she enjoyed the festival.

The festival was attracted by thousands of people from Turkey and several countries including diplomats from Japan, Morocco, and Senegal.

Beypazarı is a member of the European Association of Historic Towns and Regions.