3 killed as bus crashes into stop in Turkey's capital Ankara 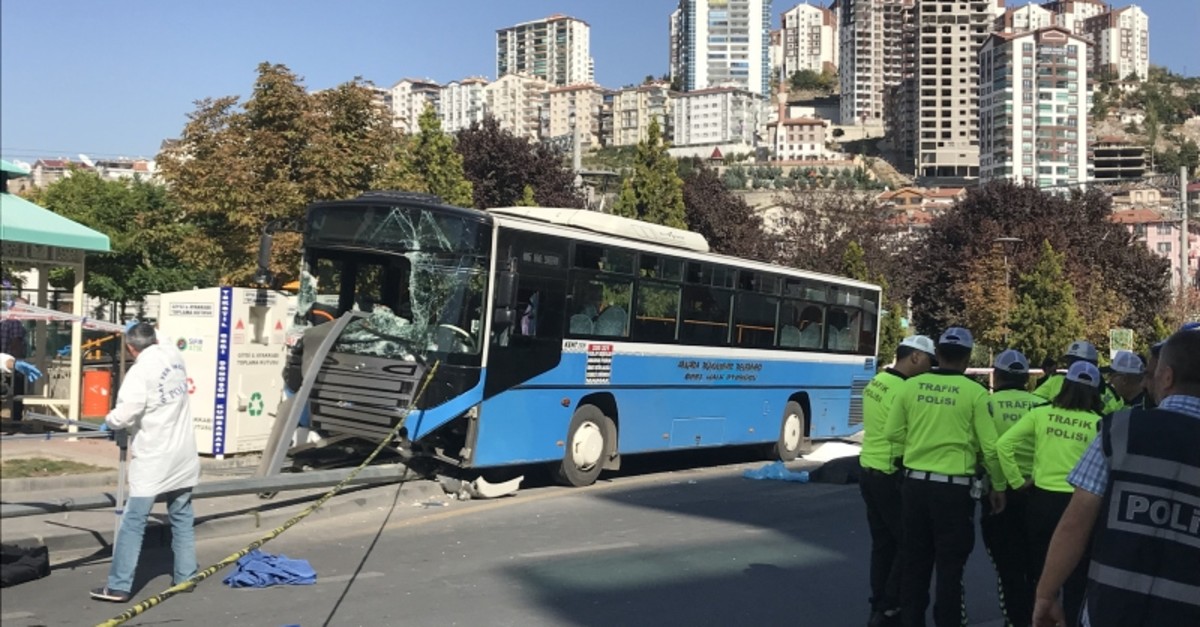 A bus lost control in the Mamak district of Turkey's capital Ankara on Monday, sliding into a public bus stop and killing three people waiting there.

Ankara Gov. Vasip Şahin said at least three others were also wounded in the accident, which occurred at 2 p.m. in front of Yeni Merkez Mosque.

A large number of police teams and ambulances rushed to the scene, taking the wounded to the nearest hospitals for treatment.