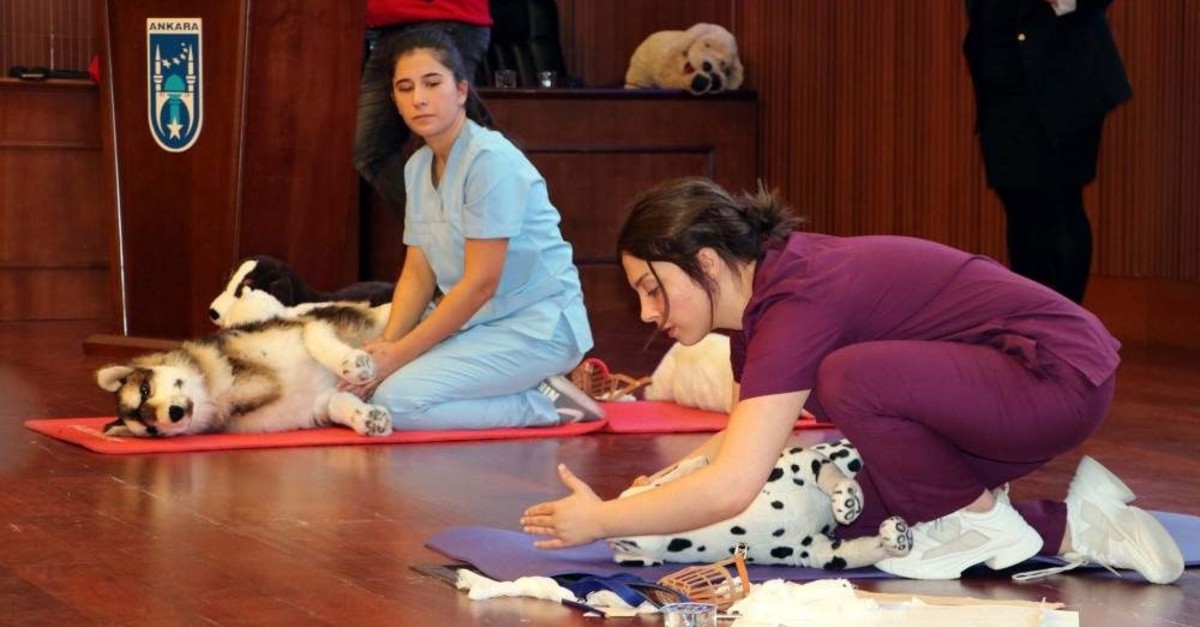 Veterinary nurses demonstrate first response maneuvers on stuffed animals. (DHA Photo)
by daily sabah
Nov 25, 2019 3:13 pm
Residents living in the capital Ankara became the first in Turkey to participate in public training on first aid for pets and stray animals.
Organized by the Ankara Municipality over the weekend, the training briefed attendants on various topics from treating wounds to calming down a panicked animal. Participants practiced with stuffed animals under the supervision of a veterinarian.
Speaking at the event, Ankara Mayor Mansur Yavaş said the event was the first time such training, open to the public, was carried out in Turkey, adding that he hoped similar courses would take place in other provinces.
“Sometimes we see citizens’ desire to help in the case of accidents resulting in the loss of an animal’s life. We need to work on that,” Yavaş said.
Praising the municipality’s work, the supervising veterinarian, Okan Şenel, thanked Yavaş for spearheading the project. “We wanted to teach regular people how to contribute to an animal’s health and to train them on avoiding common mistakes during the first response. We are really grateful for the attendance and the interest,” Şenel said.
Last Update: Dec 20, 2019 1:55 am