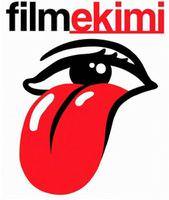 Filmekimi, İstanbul's annual autumn film program which wrapped up on Friday, drew some 42,000 movie buffs in its ninth edition, the event's organizers announced over the weekend.

The eight-day showcase, which ran Oct. 8-15, featured 31 titles in 150 screenings, with all showings reaching their maximum capacity, the İstanbul Foundation for Culture and Art (İKSV) said in a written statement on Saturday.

The films were shown in four theaters, the Atlas and Beyoğlu theaters on İstiklal Street and in two theaters of the Cinebonus G-Mall multiplex in Maçka. The festival had regularly been held in the now out-of-use Emek Theater, which is going to be bulldozed and rebuilt atop a shopping mall to be constructed on the same lot.

The organizers had to add 10 extra showings to the original program due to high demand. This year's program offered such international festival favorites as "Somewhere," Sofia Coppola's Venice Golden Lion-winning drama of a Hollywood actor; Thai filmmaker Apichatpong Weerasethakul's Cannes Palme d'Or winning "Uncle Boonmee Who Can Recall his Past Lives"; and Danis Tanovic's "Cirkus Columbia," which was selected as Bosnia's submission to the 2011 Academy Awards for the best foreign film Oscar.
-CIHAN-
Last Update: Oct 20, 2010 1:19 pm
RELATED TOPICS