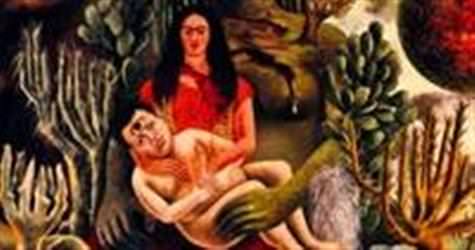 Forty pieces from two of Mexico’s most famous artists, Frida Kahlo and Diego Rivera are now on show for the first-time ever in Turkey. The exhibition also includes photographs and Kahlo’s journals.

Known as much for their lifestyle and love story as they are for their art, 40 pieces by 20th century Mexico's symbolic figures Frida Kahlo and Diego Rivera are now on show at the Suna and İnan Kıraç Foundation Pera Museum for the first time ever in Turkey. The exhibit, which includes Kahlo's self-portraits, sketches and journals and Rivera's canvases as well as photos of the couple, runs from December 23rd. 2010 to March 20th, 2011.
Last Update: Dec 28, 2010 1:44 pm
RELATED TOPICS