Maroon 5 is coming to Turkey! 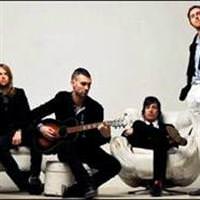 With a considerable fan base in Turkey, Los Angeles rock group Maroon 5 will soon be gracing us with their presence.

Having released their new album, Hands All Over in 2010, Maroon 5, with well-known vocalist Adam Levine will be performing in Istanbul's Turkcell Kuruçeşme Arena on April 15th. Tickets for the concert, which was also announced on Maroon 5's official website, will be going on sale on January 20th.

In spring of 2011, Turkey hosts another popular band as Swedish pop group Roxette is set to take the stage on May 25th at the Maçka Küçükçiftlik Park.