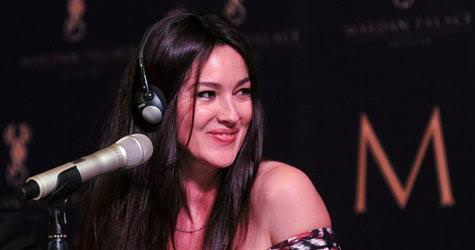 Famous actress Monica Belluci has been casted for the role of Turhan Sultan, a concubine gifted to Sultan Ibrahim by his mother, in the upcoming Turkish-Italian production, Harem. The script for the film was written by Zülfü and Aylin Livaneli.

A new film is soon to be added to the extensive number of television series and movies that depict the Ottoman Empire. Monica Belluci has a starring role in the Turkish-Italian joint production, Harem, which is being produced by Aylin Livaneli's company Interfilm and expected to be released by the end of the year. The film deals with the story of Turhan Sultan, a concubine gifted to Sultan Ibrahim by his mother.

Belluci, who will be playing the part of the concubine captured by Crimean raiders in 1641 and delivered to the Sultan Ibrahim's mother Kösem Sultan, has been reading books on the Ottoman Empire for awhile now. The other surprise in the film's casting comes by the way of Italian actress Claudia Cardinale. Cardinale, who also stars alongside İsmail Hacıoğlu in the soon to be released film "Signora Enrica", will be taking on the role of the sultan's mother. Natassia Malthe, who burst onto the scene after her role in 'Elektra' will be playing "Josephine" in the film.

FROM KING TO SULTAN
The father and daughter duo, Zülfü and Aylin Livaneli, penned the script for the film, which will be directed by award-winning director Fabien Pruvot. Zülfü Livaneli will also be composing the score for the film. Spanish actor Jordi Molla will be playing the role of Sultan Ibrahim. Molla is no stranger to playing parts with royal blood as he has also played a noble in the past, when he took on the role of King Philip II of Spain in the 2007 film Elizabeth. The budget for the film has been stated to be three million Euros. Shooting for Harem will begin in April and the film's first showing will be on September 2nd at the Venice Film Festival. Harem will be released in Turkey on October 15th, 2011.