Shakespeare in Turkish for London Olympics 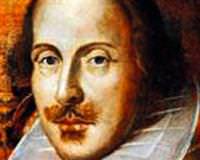 Productions of Shakespeare in 38 different languages, including Turkish, will form part of a theater extravaganza in London to celebrate the Olympic Games in 2012.

Starting on April 23 next year, Shakespeare's Globe theater will stage all the Bard's 38 plays, each performed by a different theater company, in a different language.

"It has long been recognized that Shakespeare, as well as a great playwright, has become an international language," said Dominic Droomgoole, the Globe's artistic director.

Performances will include the "Taming of the Shrew" in Urdu, "The Tempest" in Arabic, "Troilus and Cressida" in Maori and a production of "King Lear" in Aboriginal languages.

Other languages likely to be showcased include Turkish, Greek, Lithuanian and the Zimbabwean dialect Shona, as well as a performance of "Love's Labor's Lost" in sign language.

Shakespeare's Globe Theater is a faithful reproduction of the original Elizabethan playhouse where Shakespeare's plays were performed during his life.

The modern-day Globe is located on the south bank of the River Thames a stone's throw from where the original theater used to exist and is built to similar specifications with an open-air stage, standing room in front of the stage for inexpensive "groundling" tickets and a thatched roof over the galleries for those willing to pay more for a seat.