"The King's Speech" nominated for 12 Oscars 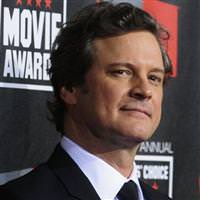 All hail the king. "The King's Speech," a British drama about wartime monarch King George VI's crippling stammer, led the Oscar field on Tuesday with 12 nominations, including best picture.

It ranks as the most for a single film since "The Curious Case of Benjamin Button" received 13 in 2009.

Awards-season favorite Colin Firth was nominated for his role as the king, the father of the current monarch, Queen Elizabeth.

"True Grit," a Western remake about a young girl's brave quest to track down her father's killer, followed with 10 nominations. In addition to best picture, it received acting nominations for Jeff Bridges, an Oscar winner last year, and 14-year-old newcomer Hailee Steinfeld.

But the film has largely been ignored during awards season, and was completely snubbed by the Golden Globes earlier this month.

The sci-fi thriller "Inception" and the Facebook drama "The Social Network" received eight nominations each.

Winners of the 83rd annual Academy Awards will be announced at a ceremony in Hollywood on Feb. 27.

Unlike in previous years, virtually all the best picture nominees crossed over to mainstream audiences, and those still in theaters will likely receive an Oscar-related boost in business in coming weeks.
"This year when you look at the titles, and you get to see how many people have seen these movies, there is a clear connection (with moviegoers)," said Tom Sherak, president of the Academy of Motion Picture Arts and Sciences.

The acting field boasts eight first-time nominees, as well as three Britons and two Australian-born actors. Spanish actor Javier Bardem, an Oscar winner in 2008, was the only contender for a foreign-language film, earning a nomination for his lead role in the Mexican drama "Biutiful."

As in recent years there was little surprise among the leading contenders. "The Social Network" has dominated awards ceremonies leading up to the Oscars, including the Critics Choice and Golden Globe awards.

But the drama hit a major road block last Saturday when "The King's Speech" was the surprise winner of the top award at the Producers Guild Awards, an event that has been in sync with the Academy Awards 70 percent of the time.