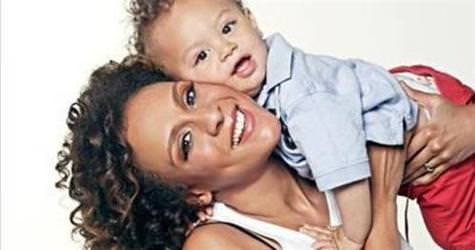 Turkish-American presenter Defne Joy Foster passed away in a friend’s home the night before last. Known to have asthma, doctors say she may have died from an attack; however the true cause of death has yet to be determined.

Defne Joy Foster, born to a Turkish mother and American father, has hosted a number of popular television programs and was competing on Yok Böyle Dans, Turkey's version of Dancing with the Stars, until she was eliminated last week. She spent her last evening out with friends in Beyoğlu and returned to Kerem Altan's apartment in Caddebostan in the early morning hours. Supposedly she had just met Altan that night. In the apartment she began to have difficulty breathing upon which Altan called an ambulance. When the medical team that arrived to the scene realized she was already dead, they then informed the police.
'NO EVIDENCE OF FOULPLAY'
The evidence collected by the district attorney contains no traces of a possible murder. Prof. Dr. Çuhadaroğlu claims that Foster did not have a severe case of asthma and states, "asthma on its own does not cause sudden death, we need to focus on other possible ailments."
Tuesday night, Foster was joined by her partner on Yok Böyle Dans, Rick Rose, and a few other friends at a locale called "Eelence" in Beyoğlu. It was there she ran into her friend actor Tolga Karel and they were seen having fun and dancing together at two am early Wednesday morning. She left with three other friends and later ended up at Kerem Altan's home in Caddebostan. It was there she had a coughing attack and asked if she could eat something. Altan gave her some bread and olives and left to look for a doctor. After trying two different medical clinics nearby to no avail, Altan returned home to call an ambulance. When he returned home, Defne Joy Foster was unconscious. When the medical team arrived eight minutes later, they said that Foster had already passed.
Defne Joy Foster's funeral is being held today in Istanbul. Many famous figures came out today to commemorate the well-loved figure in Turkish entertainment. She will be buried at the Zincirlikuyu Cemetery.
Foster's family has released an announcement regarding her sudden death stating that they are waiting for a report from forensics to determine the exact cause, however they believe the strongest possibility is that she suffered from an asthma attack.
She leaves behind her husband Solmaz and son Can Kılıç who is just one and a half years old.