'The format is the same but the song is not stolen' 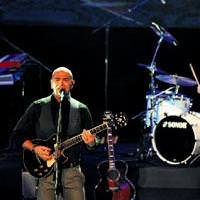 Music authorities do not concur on the speculation that Yüksek Sadakat's Eurovision entry 'Live It Up' is a copy of another song; “All rock music formats resemble one another.”

Yüksek Sadakat, Turkey's representatives in the 56th Eurovision Song Contest to be held in Germany announced the song they plan to compete with on Friday night during a live broadcast on the State-run TRT television station.
Since the announcement allegations have surfaced that the song 'Live It Up' bears a striking resemblance to songs by groups 'One and One' and 'The Kings All'. Specifically, Turkey's candidate song is stated to resemble 'One and One's 'Two Live Crew' track and 'The Kings All's 'Day And All Of The Night' song.
The accusations surfaced by Best FM radio personality Rıza Esendemir. Although 'Yüksek Sadakat' has chosen not to comment on the issue, a number of national musical authorities have spoken out on behalf of the group. Te consensus is that rock songs tend to resemble one another…
'THERE HUNDREDS IN THE MARKET'
Metin Özülkü: "There are certain formats. These are harmonic and rhythmic formats and this song was done in that same format. We can't say it was stolen. There are set formats in rock music and songs in that format resemble one another... I don't think that anything we'll be done legally on the issue. There are also musical formats in traditional Turkish music and songs using that format also resemble one another."
İskender Paydaş: "I don't think the song was stolen. Formats of rock song all resemble one another. Our musicians also play similar songs. This situation stems from style. Song formats resemble one another. However, thousands of rock groups have the same types of songs. A lot of groups use the same format.
Sezen Cumhur Önal: I don't think that Yüksek Sadakat would do something like that.
Özdemir Erdoğan: The song doesn't excite me for the Eurovision but I am not saying, 'It's a bad song.' It's an ordinary song with no vision… Because it's just an ordinary song there are thousands on the market. However, I don't believe that they would copy a song one hundred percent note for note. I don't believe any Turkish group would do such a thing. I don't think they would do something for condescending.