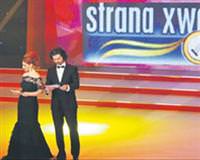 The show resembles the version run in Turkish, entitled Pop Star, and its first airing had Minister of Agriculture Mehdi Eker and Finance Minister Mehmet Şimşek in the audience. Contestants competing in the song contest have sprung from not only throughout Turkey, but also from Erbil, Iraq, Berlin, Germany and Stockholm, Sweden. With the support of Turkey's Housing and Development Administration or TOKİ, the winner of the competition will be given a home. Additional gifts, such as a car, will also be distributed to the competitors.
Last Update: Mar 08, 2011 2:33 pm
RELATED TOPICS