Get to know Turkey’s movie and television viewers 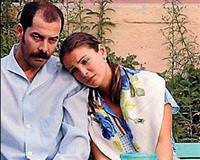 The Turkish audience’s number one preference is to watch films of the comedy genre. Films of choice should deal with political and social issues, whereas on television, Turkish viewers prefer to watch family shows.

Research commissioned by the Istanbul Chamber of Commerce and conducted by Galatasaray University, entitled The Positioning of the Film Industry in Turkey and Target Research has revealed surprising findings regarding television and film viewers in Turkey.
The research which spans over the past five years shows that a number of generalizations are not necessarily accurate. For example, the notion that 'Art Films' do not see much demand is not so true when it comes to DVD viewing. In fact, 'Art Films' are at times amongst the most highly viewed productions. Another finding that contradicts generalizations is that films based on social or political themes do indeed see demand. One of the most significant findings from the research conducted is that Turkey's film industry is holding its own against demand for Hollywood films.
FILM
In terms of domestic film viewing throughout the globe, Turkey comes in sixth following India (%92), USA (%91.8), Egypt (%80), Japan (%56.9) and China (%56.6). In Europe, Turkey comes in first for the number of domestic films viewed. However despite these findings, the number of tickets, which on average is at 0.52 per person, comes in 13th in the world.

Ticket prices in Turkey, according to purchasing power are high in comparison to the United States and Europe. The average price for a film ticket is 8.35 TL.

In terms of genre, the Turkish public prefers comedy films (%41) followed by dramas (%21).

The most important factor for film viewers is genre. While 35 percent of viewers select films according to genre, 21.6 percent choose films based on whether they are domestic or international productions. Whether or not a film has received much media is not a significant deciding factor.

Sixty-one percent of viewers watch films in shopping centers, while 35 percent prefer boutique theaters.
Viewers enjot films according to their realism, believability and how much they draw the viewer in.
The Turkish public mostly enjoys social or political films (%31), followed by movies depicting ordinary life stories (%21) and love stories (%17).

Viewers prefer domestic films when selectign a film to see in the theater, however when it comes to purchasing DVD's it does not matter.

Legal DVD sales have surpassed 15 million. In DVD sales, the genre of preference is drama (%21) followed by comedy (%13).

TV
There are approximately 47 television series broadcasted each week.

Including advertising and sponsorship income, the television series sector's total revenue is at one billion liras.

The mist highly viewed shows are family or neighborhood series (%52).

Stories surrounding the middle class or the impoverished are preferred vieing for television series.

Sixty-six percent of viewers believe that television series episodes run for too long.