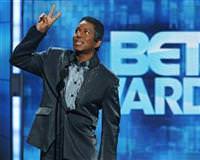 Singer Jermaine Jackson is detailing the life of his famous family and late brother Michael Jackson in a memoir that its publisher promises gives a close look at the complex life of the King of Pop.

The book, titled "You Are Not Alone: Through a Brother's Eyes" and set for release in fall 2011, will look at the Jackson family from growing up in working class Gary, Indiana to Michael Jackson's private life behind the gates of his Neverland ranch in southern California.

"You Are Not Alone" also will examine his complex relationships with his mother Katherine and father, Joe.

"It is a frank, but sophisticated examination of the human, not the legend, with revealing insights and no subject off limits," publisher Touchstone said on Wednesday.

Jackson, whose "Thriller" remains the best-selling album of all time, died of a drug overdose in June 2009, and since then, his death has been ruled a homicide. Prosecutors have charged his doctor, Conrad Murray, with involuntary manslaughter for giving him the anesthetic propofol as a sleep aid.

Murray has pleaded not guilty, and his trial is set to begin in May.

In a statement, Jermaine Jackson noted the upcoming trial and said that his family does not want what is said in court to remain the final word on the life of his mega-star brother.

"We want the world to remember his truth, his legacy, and some wonderful memories we shared as brothers, as a family. We don't want Michael's life to be an eternal mystery," Jermaine Jackson said. "This book's blood is thicker than water."

Jermaine Jackson and his brother were part of the Jackson 5 singers who found fame in the late 1960s and 1970s with hits like "ABC" and "I'll Be There," and as a solo artist in the 1980s, Michael Jackson was a force in music.

But Michael Jackson's private life was shrouded in mystery. He made friends with chimps and children and kept a zoo and amusement park rides on his Neverland ranch. In 2005, he was tried and acquitted on a charge of child molestation.

Jackson fathered three children whom he kept far removed from the public spotlight. He underwent cosmetic surgery and suffered from vitiligo, a disease that causes the loss of skin pigmentation -- all of which was detailed in his autopsy.

Touchstone, an imprint of Simon & Schuster, did not comment on how much the book deal was worth.